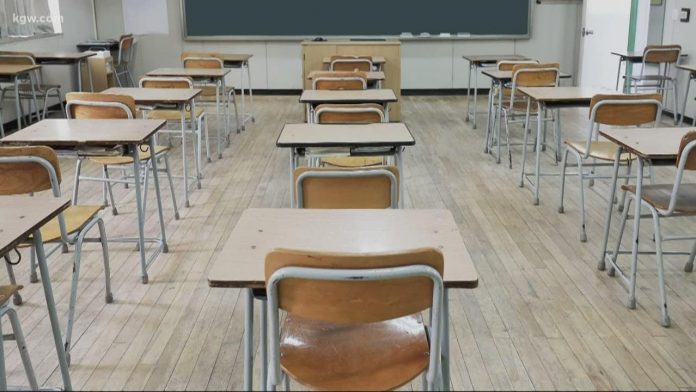 Most people can remember those days in school when you’d get a math test back covered in red pen because you did something wrong.

Little did anyone know at the time just how degrading some of the comments the teachers made were.

Well, now the Oregon Department of Education claims doing this in math class is “white supremacy.”

Recently, the Oregon Department of Education (DOE) suggested all of its teachers attend a continuing education course.

In this course, teachers were told that asking kids to show their work during math class is “white supremacy.”

Yup, those three simple words, “show your work,” that so many people had scrawled across their math tests as a child are now considered acts of white supremacy.

In an email from the Oregon DOE, teachers and administrations were instructed to shy away from asking students to show their work in math class.

The DOE’s message to its teachers said, “The course consists of five synchronous sessions. In this online course, educators will learn key tools for engagement, develop strategies to improve equitable outcomes for black, Latinx, and multilingual students, and join communities of practice.”

The course includes plans to help in “deconstructing racism in mathematics,” and it demands making the “toxic characteristics of white supremacy culture with respect to math” visible.

One portion of the guide reads, “White supremacy culture infiltrates math classrooms in everyday teacher actions. Coupled with the beliefs that underlie these actions, they perpetuate educational harm on black, Latinx, and multilingual students, denying them full access to the world of mathematics.”

The so-called “actions” they speak of include asking students to show their work and subjecting them to a grading system.

According to the course, asking students to show their work is just a way for teachers to understand what students are thinking, and that is considered white supremacy because it “reinforces paternalism and worship of the written word.”

The guide also asks teachers to be more inclusive by adapting their homework policies to fit the needs of students of color.

Why is it that the Left, in their never-ending quest to be “woke,” seems to be taking “students of color” backward?

How is this helpful to any student?

These government schools are not just indoctrinating America’s kids; they’re setting them up for failure.