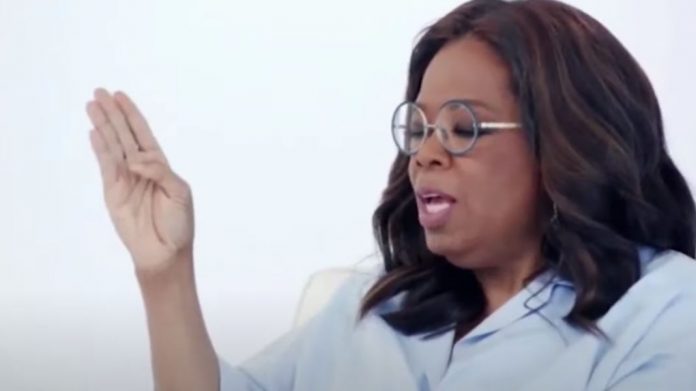 Despite being a billionaire, Oprah Winfrey loves to play the victim.

She has been pushing anti-white racism to score points with the Left.

And Oprah Winfrey just got a new job that will let her brainwash your kids in anti-white racism.

Disney used to be a family friendly company, which many millions grew up watching.

But in the age of the “woke left,” they are trying to force far-left views wherever they can.

Recently the company came under fire for pushing an internal campaign against “white privileged,” which is the idea that white people are inherently privileged, and any minority group can blame any problems they have on their lack of that “privilege.”

This idea has fomented hatred toward white people, and given minorities actual privilege through affirmative action programs which encourages companies to hire less white people.

While Disney is trying to walk back this racism, their attempts are entirely in bad faith considering their latest move.

Disney is launching a number of new series focusing on minority creators, with an upcoming “The 1619 Project” docuseries being a main part of this.

Their new brand for this is called “The Onyx Collection,” and will reside primarily on Hulu, which is majority-owned by Disney.

“The 1619 Project” docuseries will be based on the racist and factually contested series of articles from The New York Times meant to frame American history around slavery.

Republicans have strongly opposed  “The 1619 Project”, with Sen. Tom Cotton summing it up while on Tucker Carlson Tonight.

“The 1619 Project is a radical work of historical revisionism aiming to indoctrinate our kids to hate America,” Cotton told Carlson. “To teach them that America was founded not on the natural equality of mankind and the freedom that flows from that as the declaration says but rather founded on racism. Nothing could be further from the truth.”

And in case there is any doubt about the racism that will be prevalent in this docuseries, Oprah Winfrey will be producing it, along with Lionsgate.

Disney, along with the rest of the big entertainment companies are moving away from entertainment, and instead want to promote the far-left’s agenda with their massive platforms.