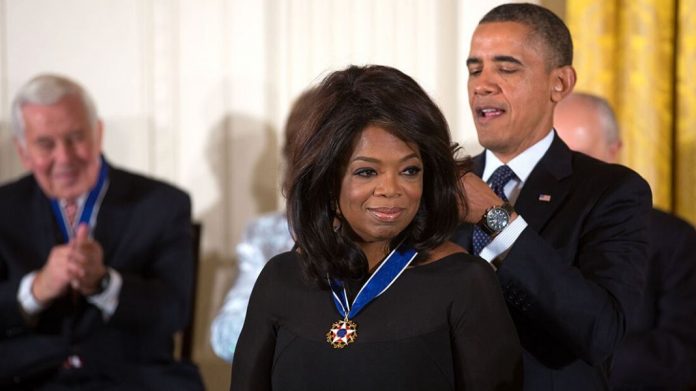 Since the murder of George Floyd and the eruption of protests and riots across the United States, Hollywood and left-wing politicians have started making every effort to take advantage of the situation to advance their agendas.

Oprah Winfrey and Stacey Abrams are joining the movement by hosting a “town hall” on racism.

But the duo are concealing something big about their agenda for 2020.

These organizations bail rioters out of jail so they can immediately return to the streets and begin burning down buildings, destroying cars and private property, and endangering innocent lives.

Then, celebrities like John Legend and Natalie Portman began pushing a “Defund the Police” initiative bent on dismantling police departments across the country.

Now, a handful of celebrities are approaching the crisis with a more strategic vision on how to implement a dangerous and radical left-wing agenda.

Oprah Winfrey is using the crisis as an opportunity to promote her favorite left-wing politician, Stacey Abrams.

Oprah invested in her campaign, spoke at rallies, and even door knocked for her.

She was named a rising star within the Democratic Party but has failed to win any notable statewide office or achieve anything in terms of legislation.

As an African-American woman she’s become a potential candidate for Joe Biden’s choice of Vice President.

Oprah Winfrey realizes this and is attempting to keep her in the spotlight by using her fame to keep Stacey Abrams in the media.

The event may be about racism and criminal justice reform . . . but secretly, Oprah is doing everything in her power to push Abrams into the spotlight.

Would it be wise for Joe Biden to take Oprah Winfrey’s advice and select Stacey Abrams as his running mate?