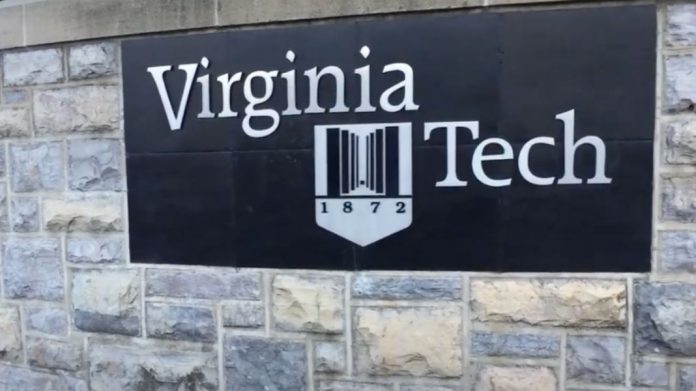 Leftists have taken a blow torch to higher education.

Stories of insane campus radicals have begun to border on parody.

Now one “woke” professor wants to ban a phrase you can’t imagine.

The university system is beyond the point of reformation.

They must be outright replaced in one form or another because universities today are cesspools of radical leftism.

Studies have shown that as many as 40% of the professors in the social sciences and humanities identify as Marxists.

Look no further than Virginia Tech sociology professor David Brunsma who believes that “the American people” translates to white supremacy.

This is unhinged thinking, especially when considering how often politicians of every stripe use the phrase.

Brunsma also believes that beer is a symbol of white supremacy.

In fact, he co-authored a book entitled Beer and Racism: How Beer Became White, Why It Matters, and the Movements to Change It.

If that wasn’t cringe worthy enough, the book claims to evince “critical and interdisciplinary path to examine and understand the racial dynamics in the craft beer industry and the popular consumption of beer.”

This is proof that higher education has become a racket.

Kids are going into six-figure debt to be “taught” by hopelessly woke professors.

Liberal academics James Lindsay, Helen Pluckrose, and Peter Boghossian exposed the depth of the fraud by writing hoax papers and submitting them to esteemed academic journals.

One of their hoax papers took passages from Adolf Hitler’s “Mein Kampf” and peppered in radical feministic jargon.

That and many other hoax papers were accepted by academic publications.

Bankrupt scholarship is being subsidized by student loans that can’t be discharged by naive borrowers.

That’s how students end up learning from people who think beer is racist and real communism hasn’t been tried.

Coincidentally, Lindsay announced that he voted for Trump and a straight Republican ticket because he was so disgusted by the “woke” takeover of institutions in the federal government.

Even liberals have been pushed too far by this nonsense.