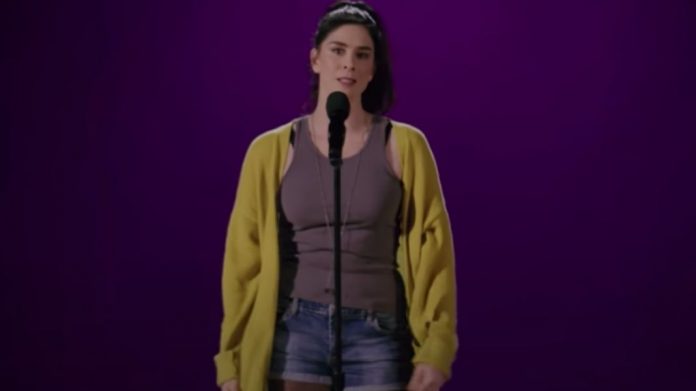 Comedy was the canary in the coal mine, but now sports have been infected as well.

But one woke comedian just made a jaw-dropping statement about leftist outrage mobs.

Comedian Sarah Silverman seems to be tired of cancel culture.

She made a name for herself in the 1990s as a foul-mouthed comic, and even defended one of her more controversial jokes on Bill Maher’s defunct ABC show Politically Incorrect.

But over the years, Silverman and other comics have gone from politically incorrect to politically “woke.”

Silverman even sat for a Vanity Fair interview in 2015 where she apologized for her past and said her generation could learn from the uber-woke college crowd.

However, now Silverman is speaking out against cancel culture.

In an episode of her podcast, Silverman said:

“In this cancel culture, and we all know what I’m talking about – whether you think there is one or there isn’t one or where you stand on it, and there’s a lot of gray matter there – but without a path to redemption, when you take someone, you found a tweet they wrote seven years ago or a thing that they said and you expose it and you say, ‘This person should be no more. Banish them forever.’ They’re going to find some place where they are accepted. And it’s not going to be with progressives, which ironically means ‘to be changed; progress.’”

Silverman is correct about the ridiculousness of cancel culture.

Perhaps her about-face came after she was excoriated for doing a blackface comedy sketch over a decade ago.

Silverman jumped on the woke train as other comics were abandoning gigs on college campuses because of the oppressive politically correct culture.

Both Jerry Seinfeld and Chris Rock said they stopped performing at universities.

Unfortunately for Silverman, she hasn’t completely figured out that progressivism is not a pluralistic philosophy.

There is no room for dissent on the hard Left.

Every person and institution must be in lockstep in order for society to function “properly.”

That’s why Silverman talks about how the cancel culture must be “changed.”

She’s so close to stumbling onto the full picture, but she hasn’t quite reached it yet.

When the mob comes for her again, maybe she’ll start to get it.