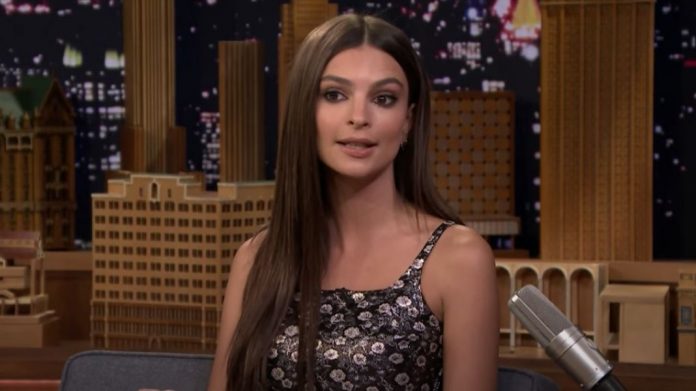 Hollywood is quickly descending into a never-ending spiral of radical leftism.

The fringe ideas of ten years ago are now considered “centrist” among the elites.

Now one “woke” actress made a shocking announcement about her pregnancy.

Actress and model Emily Ratajkowski recently announced that her and her husband, film producer Sebastian Bear-McClard, are expecting their first child.

But Ratajkowski also announced that she would be allowing her child to select its own gender.

Ratajkowski said, “When my husband and I tell friends that I’m pregnant, their first question after ‘Congratulations’ is almost always ‘Do you know what you want?’ We like to respond that we won’t know the gender until our child is 18 and that they’ll let us know then.”

This new-age “woke” parenting has become trendy among leftists, particularly the virtue-signaling elites.

Some have declared that they’re raising “theybies” so their children won’t be beholden to “oppressive” gender stereotypes.

This is sheer lunacy from the so-called “party of science.”

Democrats refuse to accept biological realities about the two sexes.

The denial has caused a fissure among radical leftists on the issue of transgenderism.

The old-school feminists believe that biological sex is real and cannot be changed by public decree, which is in keeping with the rest of sane society.

But the radicals who believe that everything is socially constructed are gaining frightening momentum.

That’s why a dyed-in-the-wool progressive like J.K. Rowling has been excommunicated from the Church of the Left for her heresy on transgenderism.

Ratajkowski’s declaration follows a long string of “woke” activism since the election of Donald Trump.

Ironically, some of her harshest critics have come from the Left because of her “pretty privilege” at the height of the uber-woke body positivity movement.

Ratajkowski expounded further on her woke beliefs and said, “I’ve known far too many white men who move through the world unaware of their privilege, and I’ve been traumatized by many of my experiences with them . . . It feels much more daunting to create an understanding of privilege in a child than to teach simple black-and-white morality. How do I raise a child who learns to like themself while also teaching them about their position of power in the world?”

Basically, it sounds like Ratajkowski has come in contact with a lot of jerks and she doesn’t want her child to be a jerk.  A noble goal, but you don’t have to brainwash your child with transgenderism and so-called “gender fluidity” to achieve that.

Despite the facade of progressivism, Hollywood is cold and cutthroat.

A sleazy power player like Harvey Weinstein isn’t the rule, but he isn’t the exception, either.

Ratajkowski needs to understand that children can be raised not to be jerks without being indoctrinated into a fringe, mentally abusive ideology.