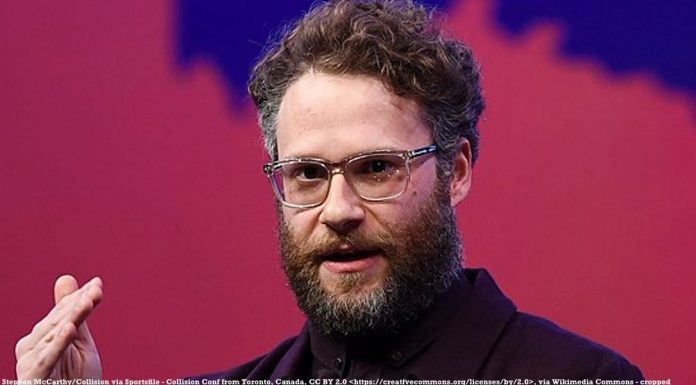 Wokeness has become one of the most insidious ideas to seep into the mainstream.

Celebrities have made it worse by contributing to the “cancelation” of people who reject it.

And one “woke” actor said something infuriating about cancel culture.

Self-described socialist Seth Rogen has carved out a niche in Hollywood as a comedic actor and writer.

Despite building a career based on edgy jokes, Rogen is now adopting the “woke” party line that’s destroyed comedy.

While doing a tour for his book called Yearbook, Rogen sat for an interview with the Sunday Times of London and said, “I’m not one of these comedians who’s, like, ‘People are too PC and it’s ruining comedy.’”

Chappelle eviscerated cancel culture in his last comedy special, which was panned by the critics and loved by audiences.

Chappelle also recently said that “no one can be ‘woke’ enough.”

Seinfeld said way back in 2015 that he would no longer perform at colleges because they’ve become too PC.

Rock followed suit and drew the ire of the Left by linking to an article written by the conservative outlet The Federalist.

Seinfeld Is A Respite From The Insufferable Wokeness Of Comedy https://t.co/w1Y5YtPdqw. Thank God for Jerry.

But Rogen, a dedicated leftist, must toe the line at all times.

That’s why he’s constantly apologized for jokes he made as recently as 2014.

However, he deemed it appropriate to compare American Sniper to Nazi propaganda.

Rogen is walking a fine line by trying to appease the “woke” mob.

Comedienne Sarah Silverman ran afoul of them when she lost out on film roles after old comedy sketches where she performed in blackface appeared.

Rogen’s leftist bona fides won’t save him, just as they did not for Silverman.

Even she acknowledged that cancel culture had gone too far during a podcast rant, and called out the Left for being intransigent on every issue.