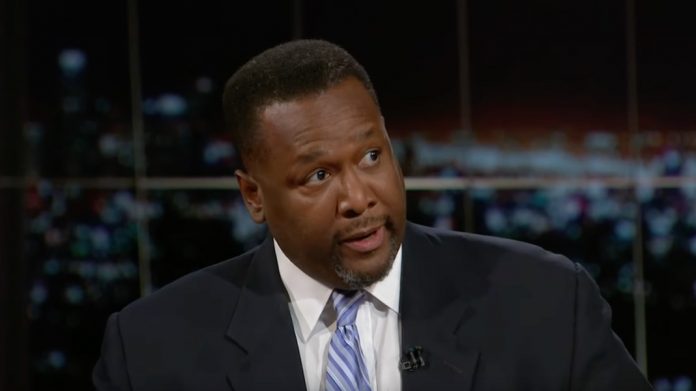 There’s an unsettling anti-American strain growing on the Left.

And Hollywood celebrities are irresponsibly fostering it.

Now one “woke” actor compared the Fourth of July to something truly absurd.

Democrats, their Fake News Media allies, and useful idiots in the world of entertainment have been relentlessly pushing the notion that voter ID and election integrity laws are “Jim Crow on steroids.”

The latest actor to make such an argument is Wendell Pierce from The Wire and Jack Ryan.

Pierce was incensed over the state of Arizona passing laws against voters voting in the wrong precinct and ballot harvesting.

That prompted Pierce to argue there is “little difference” between the celebration of the Chinese Communist Party and American Independence Day.

This Supreme Court decision memorializes the violent murder used to deny the vote, to the “ inconvenience” they view constant redistributing of precincts. This leaves little difference between the 100 yr Celebration of Communist China today and The Fourth of July staring tomorrow

This is a disgusting argument.

Journalists, businessmen, and everyday citizens who speak out against the CCP run the risk of getting spirited away to a reeducation camp.

Asking voters to go to their proper precincts in order to curtail fraud is nowhere near comparable.

And ballot harvesting is a deeply corrupt process.

It’s troubling that Democrats want to enshrine into federal law the practice of party workers driving around from door to door and picking up ballots.

Democrats made a big to-do about Georgia’s election integrity law, slandering them as “Jim Crow 2.0.”

They initiated a boycott campaign against the state that backfired and cost over $100 million in lost revenue for local business owners.

Hollywood leftists have recently appeared in ads urging people to harass their Senators into passing the so-called “For the People” Act, which would federalize election laws.

Unfortunately for the Democrats, their empty rhetoric is falling on deaf ears.

Polls show that 80% of Americans believe that asking for ID to vote is reasonable.

But that won’t stop celebrities like Pierce from carrying water for the Democrat Party.