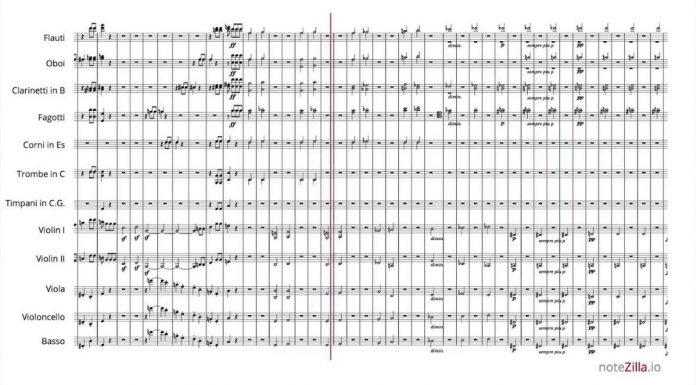 The Left has veered far into crazy town.

They are systematically knocking down every cultural institution in the west.

Now one top university wants to get rid of sheet music for an insane “woke” reason.

Oxford University’s “woke” music faculty floated the idea of getting rid of sheet music because classical music is too “colonialist” and “white supremacist.”

According to a document circulated among faculty, there was a proposal aimed at “rethinking the study of musical notation.”

The leaked document first reported by The Telegraph in the UK caused an immediate backlash, so the school ran to the Associated Press to claim it wasn’t true.

So it was “only” one faculty member who suggested getting rid of sheet music, unless “rethinking the study of musical notation” is supposed to mean something else.

Leftists love to use nebulous language so their craziest ideas can’t easily be pinned down.

“They specifically took issue with the classical collection taught at the school — which includes works by Mozart and Beethoven — alleging it focuses too much on ‘white European music from the slave period.’”

Sadly, this type of radical rhetoric is no longer shocking.

A museum under the auspices of the Smithsonian recently put out an infographic that said hard work, punctuality, rugged individualism, and Christianity – among other things – were examples of white supremacy.

The Left has gone completely insane, and they can no longer be reined in.

They’ve destroyed several prestigious institutions by hollowing them out from the inside.

Oxford and other elite schools have been taken over by the “woke.”

Not even the hard sciences are safe from the parasitic incursion.

The only response is to educate the masses, preserve tradition that the Left is so feverishly trying to destroy, and develop alternative institutions for people who refuse to bend the knee to the mob.

If the radical faculty at Oxford had their druthers, all of the great European composers would be relegated to the dustbin of history.

The cultural revolution is afoot and the Maoists are on the march.