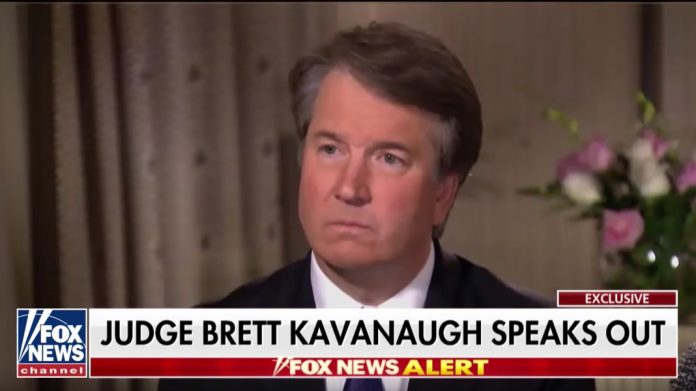 Abortion is a regrettable moral failing that still plagues our country.

But one Supreme Court justice might’ve given pro-lifers the news they’ve been waiting for.

Since Kavanaugh was replacing Anthony Kennedy, a Republican appointee who often sided with liberals on big issues, leftists were terrified of the possibility of five steady conservative justices on the bench.

The Left’s chief concern was abortion.

They said abortion would immediately be outlawed in 16 states if Kavanaugh were appointed, but that never happened.

However, Kavanaugh recently gave pro-lifers some hope that the Supreme Court could reverse course on some bad abortion precedents.

In a concurring opinion on a case regarding unanimous jury verdicts, Kavanaugh suggested that Roe v. Wade was unsettled case law.

“Stare decisis isn’t supposed to be the art of methodically ignoring what everyone knows to be true. Of course, the precedents of this Court warrant our deep respect as embodying the considered views of those who have come before. But stare decisis has never been treated as ‘an inexorable command.’”

Both the Left and the Right agree with this principle:  de jure segregation would still be in place if Plessy v. Ferguson had been considered “settled law.”

However, on the issue of abortion, liberals believe the precedent of Roe v. Wade is unshakeable.

Roe was badly decided case law based on the loosest interpretation of the Constitution possible.

It did not permit abortion, but rather said women who want an abortion have a right to privacy based on “penumbras, formed by emanations” within the Constitution.

The pro-life movement has slowly gaining steam, in large part due to scientific developments and earlier viability of unborn babies.

According to a Gallup poll, more people identify as pro-life than pro-choice, and the number of abortions is decreasing each year.

Justice Kavanaugh’s talk of bad precedent could serve as proof that pro-lifers are making inroads by fighting the noble fight.

Will the number of abortions to continue to decrease as pro-lifers get more effective at spreading the message?