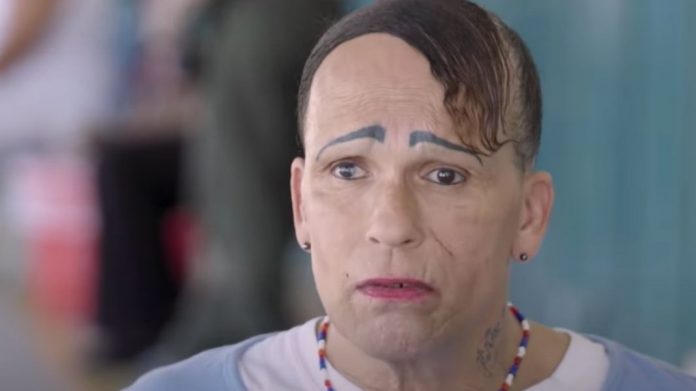 The transgender movement has spiraled out of control at shocking pace.

Now radical leftists in the state just passed a bill that will allow prison inmates to be housed according to their gender identity.

That means a biological male who claims to be a woman would be sent to a women’s prison.

If this sounds like a terrible idea, it is.

The United Kingdom moved in this direction back in 2016, and there have been at least seven attacks on biological females at the hands of transgender prisoners.

From The Daily Mail:

“The [Minister of Justice] said, ‘Since 2010, out of the 124 sexual assaults that occurred in the female estate a total of seven of those were sexual assaults against females in custody perpetrated by transgender individuals.’

It means that although trans women make up about one per cent of the 3,600 female jail population, they are to blame for 5.6 per cent of sexual assaults there.”

That percentage undoubtedly goes up if the numbers are tallied beginning in 2016.

The same phenomenon is occurring in Canada, another “progressive” country that allows biological males into women’s prisons.

There’s no doubt that more sexual predators will begin taking advantage of this loophole.

This policy exemplifies just how off-the-rails leftists have become.

Not even the distinction between man and woman is sacred.

The “party of science” must’ve failed biology while they were studying how climate change was going to destroy the planet in 12 years.

The author of the radical bill is State Senator Scott Wiener of San Francisco, a far-left LGBT activist who has sponsored other outlandish pieces of legislation.

Wiener was behind SB145, which gives judges the discretion not to place statutory rapists on the sex offender registry for “non-vaginal” sex with children.

Wiener also pushed to lower the crime for knowingly transmitting HIV to a sexual partner from a felony to a misdemeanor.

California has turned into a dangerous lab experiment for the worst ideas an unhinged progressive can cook up.

The Left’s hard turn on transgenderism has even alienated a large proportion of feminists, including famed leftist J.K. Rowling.

This crazy bit of legislation certainly isn’t going to change hearts and minds.