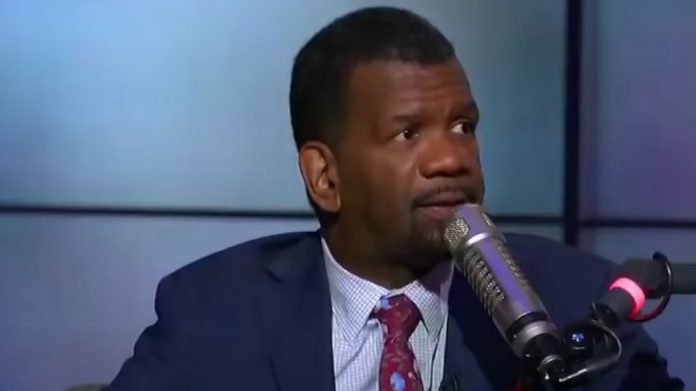 The cultural demolitionists remain on the warpath.

Leftists are scouring every American institution and looking to uproot it.

Now one sports writer is calling for this famed golf tournament to do something outrageous.

The radical Left is feeling emboldened, and they’re making a big move.

Monuments are falling, food brands are disappearing, and television productions are shuttering because the cultural deconstructionists of the Left feel they have enough clout to push forward a decades-old agenda.

Sadly, politicians and businesses have bent the knee to these radicals who wish to tear apart the country.

The next target in the crosshairs is the Masters golf tournament, one of the four major events of each year.

Far-left sports writer Rob Parker, who recently called for the national anthem not to be played before NFL games, now wants to see the Masters name removed because it connotes slavery.

Parker argued, “The name ‘The Masters’ must go. The heralded golf tournament…needs to go back to its original name — the Augusta National Invitational. It became the Masters in 1939…Tiger Woods, other big-time golfers and corporate sponsorships should demand it. In the current climate, with all the sweeping changes, it’s only right and just.”

Parker has been critical of Woods in the past because he hasn’t been outspoken enough on social issues for Parker’s liking.

Parker remarked about Griffin, “I keep hearing these things. We all know [Griffin] has a white fiancée. There was all this talk about he’s a Republican.”

This is the mindset of the activists masquerading as journalists who are desperate to find cultural targets to attack.

A similar move was recently made in the NBA to change the phrase team owner to team governor.

This language policing has been a tactic of the Left for 50 years.

They use clever rhetorical tricks to shift the meaning of words to fit their agenda.

At the end of the day, it’s a form of control.

Nobody other than race-obsessed leftists think about slavery when they think about the Masters tournaments, particularly when Tiger Woods won his fifth Masters last year in dramatic fashion.

?Share your thoughts with Culture Watch News in the comments below.