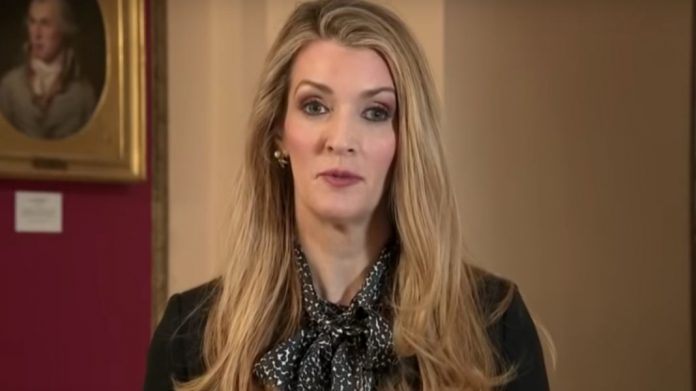 The radicalism of the Left is now on full display.

Leftists now believe they have enough cultural cachet to cram through their full agenda.

But one sports owner just spoke the truth about Black Lives Matter.

The radical group has been masquerading as a legitimate cause, but they’ve shown their true colors.

“We disrupt the Western-prescribed nuclear family structure” and “[w]e foster a queer‐affirming network.”

That has nothing to do with the supposed mission of Black Lives Matter.

If the group’s intentions couldn’t be any more clear, one of the co-founders openly said during an interview, “We’re trained Marxists.”

This is what Black Lives Matter represents, a communist, anti-Christian, anti-family activist movement.

That’s why Loeffler called out Black Lives Matter and said, “The truth is, we need less—not more—politics in sports. In a time when polarizing politics is as divisive as ever, sports has the power to be a unifying antidote.”

This is completely obvious, but that’s not how the “woke” left operates.

Loeffler sent her entreaty to the WNBA commissioner, a far-left league, and was summarily dismissed.

The WNBA responded, “Sen. Kelly Loeffler has not served as a Governor (owner) of the Atlanta Dream since October 2019 and is no longer involved in the day-to-day business of the team.”

The WNBA Players Association was even less charitable in its response:

Sports is slowly becoming a left-wing monoculture just like other facets of American life.

Sports media, just like the rest of Fake News Media, is wildly to the Left, and now top athletes are pledging their allegiance to left-wing politics.

Leftism ruins everything it touches, and sports will be no different.

All kinds of brands can wither away if they refuse to give the people what they want.

The overwhelming majority of people don’t want politics with their sports.

The same people calling for athletes to be more political and use their platforms to speak out would have a fit if a star athlete were staunchly against Planned Parenthood.

Now there’s a push to give Loeffler the Donald Sterling treatment and remove her from her own team.

Will the Left be successful in ousting Loeffler?