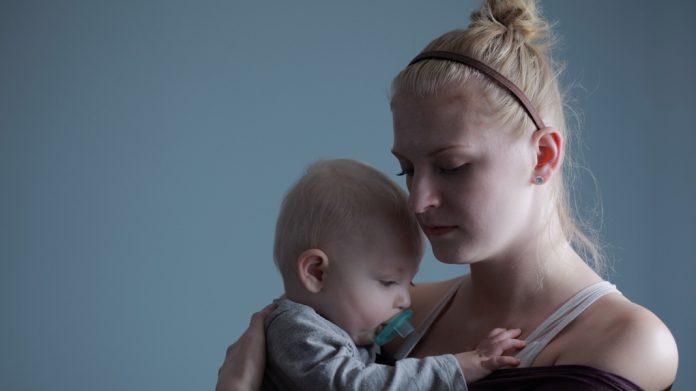 Radical liberals have been chipping away at society’s morals and traditional standards since the sexual revolution in the 1960s.

They cheer cultural shifts toward immorality as “progressive.”

But a new report spells doom for America’s next generation.

A report from the United Nations Population Fund found that out-of-wedlock births are skyrocketing as a result of cohabitation.

Their big finding is that unmarried couples account for roughly 40% of all births in the U.S.

Unmarried couples are having roughly 40 percent of all births in the U.S., marking a trend that may be detrimental to the upbringing of those children.

For the first time in U.S. history, out-of-wedlock births in America are largely a result of cohabitation, according to the United Nations Population Fund 2018 State of World report released Wednesday. Single mothers had nearly 90 percent of out-of-wedlock births in 1968, but that number decreased to 53 percent in 2017, according to the Pew Research Center.

“Compared to children of married parents, those with cohabiting parents are more likely to experience the breakup of their families, be exposed to ‘complex’ family forms, live in poverty, suffer abuse, and have negative psychological and educational outcomes,” according to the Institute for Family Studies (IFS).

Roughly 14 million American adults cohabited in 2007, and that number rose to 18 million in 2016, according to the U.S. Census Bureau. Half of cohabiting couples in the U.S. are younger than 35, according to Bloomberg Quint. Cohabitation has increased about 2,000 percent since 1960, according to the American Enterprise Institute.

This is what happens when we throw away traditional standards and morals for our younger generations in pursuit of “progressive” values.

Organizations like Planned Parenthood and their leftist pals are more damaging to society than most people think.

When they enable our young adults, and even teens, to engage in promiscuous behavior with the promise of no consequence, they are lying.

The consequences are clear.

Psychologically unhealthy out-of-wedlock births are becoming the norm, and effects of a poor upbringing follows like poverty or a lack of education.

The radical leftists will never admit their push to demoralize society has negative consequences.

They will continue to hide behind the guise of “progressing society” and promoting the libertine ideal that everyone ought to “live the way they want to” without any fear of repercussions.

Do you think the rise of out-of-wedlock births is an issue?