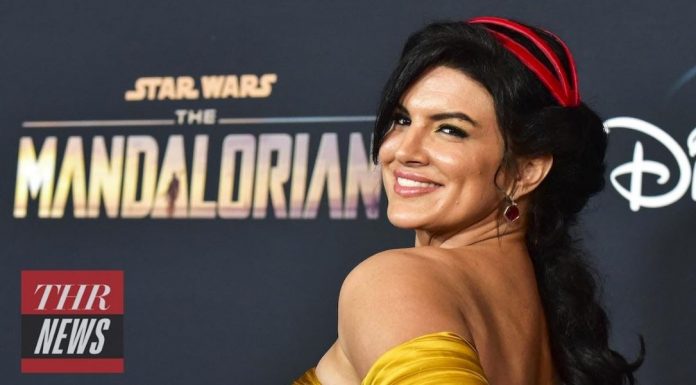 Hollywood liberals smugly pride themselves on being “tolerant.”

But they were viciously intolerant of actress Gina Carano after she voted for Donald Trump.

She first got into trouble with the “woke” mega-corporation after she responded to transgender activists hectoring her to put pronouns in her bio with the words “beep/bop/boop.”

Carano also made an anodyne comment about ensuring election integrity.

The final straw was when she used a Nazi Germany comparison to warn against political demonization.

The backlash to Carano’s termination was severe, and according to a poll conducted by Survey Monkey, the majority of Americans are not on Disney’s side.

The Federalist reported, “When initially asked, 58 percent of respondents said they opposed Disney’s decision to fire Carano over social media posts. After being shown the actual post that resulted in her termination, however, 72 percent said they didn’t agree with the firing, including a majority of liberals and Democrats and 70 percent of Disney fans.”

Respondents in the same survey also showed antipathy toward Disney’s partnership with the Chinese Communist Party in light of revelations about the treatment of Uyghur Muslims in Xinjiang Province.

Disney went into damage control mode when they thanked security forces in Xinjiang (the same ones interning the Uyghurs) during the credit sequence for “Mulan.”

Carano has since signed a deal with the conservative media company The Daily Wire to produce and star in a film while there are rumors that Disney hemorrhaged subscribers who were showing support for her.

The treatment of Carano could potentially represent a shift in the culture war because it was so egregious.

Only the most dedicated leftists and craven liberals were on board with what happened.

If Hollywood continues to “cancel” actors for heterodox opinions, conservative movie houses could emerge as an alternative.

The Left didn’t win the culture war by winning elections – they did it by shaping hearts and minds through entertainment and education.

Conservatives ceded that territory long ago, and they’re paying the price now.

It’s not too late to fight back if people on the Right are willing to engage in culture because propaganda films have ingrained bad ideas into millions of Americans.