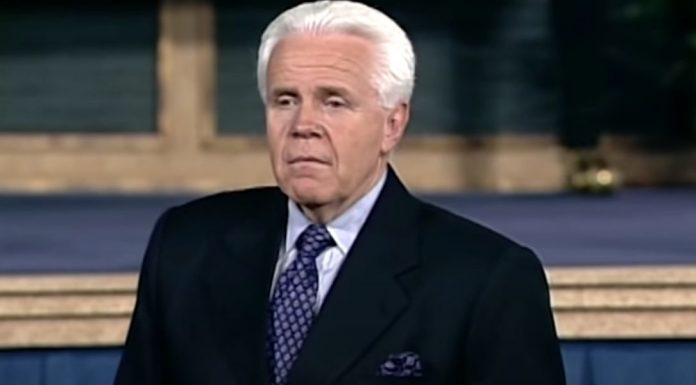 Our nation is filled with people who just want to use hard working Americans for their own good.

And this story will show you that sometimes those who claim to be on our side are actually the ones we should be concerned about.

One of the nation’s most influential Pastors just demanded donations from Christians to speed up the second coming of Christ.

We all know about the dangers the Left poses for our nation.

From Critical Race Theory to pushing their radical progressive agenda, we can all see what they are trying to pull over on us.

But a lot of the time it is the ones who are supposed to be on our side that screw you over the most.

Remember when the late Senator and failed Presidential candidate John McCain let Obamacare stand after he and countless other Republicans claimed they were going to repeal that horrific law for years on end?

John McCain Told Friends “Watch The Show” In The Moments Before He Cast His Big THUMBS DOWN Vote On The Repeal Of Obamacare.

In Case You Forgot How It Went Down, Watch How McCain Delivered The Big "F*CK YOU" to Mitch McConnell & President Trump That Night pic.twitter.com/K87rPtG0bC

But sometimes it’s those who claim to be leaders of our churches.

And this is a prime example of one church leader trying to screw Christians over.

Jesse Duplantis is one of the most influential pastors in America with a megachurch and a consistent following while preaching on TV.

And over the years as an influential televangelist, he has managed to rack up stacks of benjamins for himself.

And now he is at it again, but this time he is making one outlandish claim that not many can say with a straight face.

Duplantis claims that Jesus will come back to Earth sooner if you just give more money.

While flaunting that he is a multi-millionaire, Duplantis claimed, “I honestly believe this . . . the reason why Jesus hasn’t come is because people are not giving the way God told them to give.”

He continued by adding, “When you understand this, you can speed up the time.”

Good to know that Jesus will only return until we all stuff Duplantis’ mega-private jet with hundred dollar bills.

Don’t just look for the enemy outside the front gates but also within your own walls.