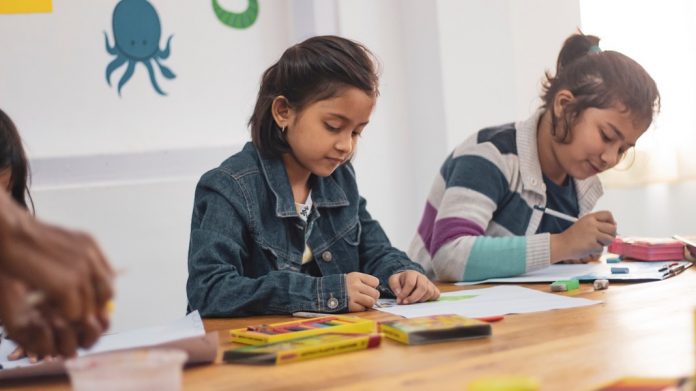 Many are wondering what else government schools can do to try and dumb down our kids into a bunch of leftist wards of the state.

Well, have no fear because the Left has found their new target: grades.

That’s right. And one of the largest school systems in the nation is doing away with grades and class rank for this ridiculous reason.

Odds are we will all have to deal with some leftist nut job kid, either at a family function or out in public, telling you how our nation is built on a foundation of systemic racism.

Once you slap the commie out of them and are wondering where they learned this, look no further than your local government school system.

Schools used to be about learning reading, writing, and arithmetic.

But now most of what they teach is Critical Race Theory, commie 101, and victimhood.

And even as parents raise hell across the nation, the leftists running our schools don’t seem to get it.

“How do I have two medical degrees if I’m sitting here oppressed?”

An Illinois parent rips into Critical Race Theory at a school board meeting
pic.twitter.com/KqJz4mzXuP

Now after they have muzzled our kids and defy parents to teach them Critical Race Theory, one of the largest school systems in the nation wants to do away with grades and class rank.

According to the New York Post, the Department of Education in New York City has changed their grading guidance to do away with honor rolls and class ranks.

The discovered document reads, “Recognizing student excellence via honor rolls and class rank can be detrimental to learners who find it more difficult to reach academic success, often for reasons beyond their control.”

Rather than grades, they want to focus on “contributions to the school or wider community, and demonstrations of social justice and integrity.”

So when your bratty nephew brags about being a part of Antifa but can’t spell his communist group, just remember this moment in our education system.

He might not have been pushed to get higher grades in reading, but at least he didn’t get his feelings hurt.