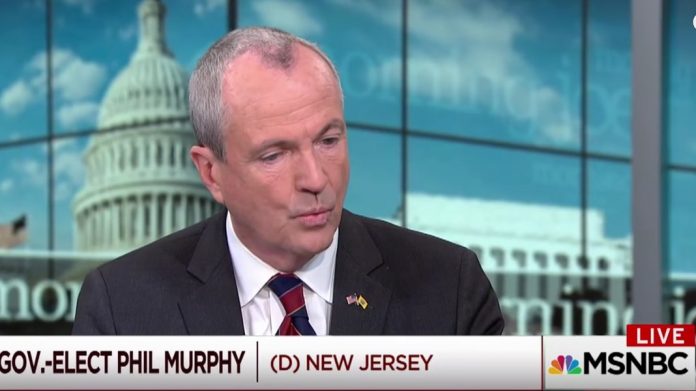 Leftists are starting to realize that Democrats are doomed in 2024 if they run Joe Biden for reelection.

But one of CNN’s proposed Biden 2024 replacements will fly out the window when everyone sees this all-out brawl video.

Phil Murphy of New Jersey is on that list despite having recently almost failed to get reelected as Governor in an overwhelmingly Democrat state.

Murphy should go out the window when everyone sees this all-out brawl video that shows what New Jersey looks like during his tenure.

It went down in an Atlantic City casino.

Few things go better together than fighting matches and casinos.

But some visitors at the Atlantic City casino decided to skip the boxing match and just make it happen on the casino floor.

A casino goes into pure chaos as a brawl breaks out that have people running for their lives.

Everyone knows the best fights happen under the glimmering lights of a casino.

Just think of the legendary fights that have taken place in a casino.

In 1976 you had one of the greatest heavyweight fights of all time with George Foreman vs Ron Lyle at Caesar’s Palace.

Then you had one of the greatest fights of all time take place again at casino Caesar’s Palace in 1981 with Sugar Ray Leonard slugging it out against Thomas Hearns.

But some guests at a casino in Atlantic City forgot that they weren’t professional boxers.

And out of nowhere in a matter of seconds, fits, chairs, hair, legs, and purses were flying.

The brawl rivaled any WWE cage match with the same versatility and violence of objects being used to beat their opponents.

You just have to see it to believe it.

We all have a lot of questions watching this video.

What started the brawl?

Who is the guy in the gold shirt and why doesn’t his hair move during the whole altercation?

Where did the guy filming get that rainbow shirt?

As our world crashes and burns sometimes you just have to sit back and enjoy the chaos.