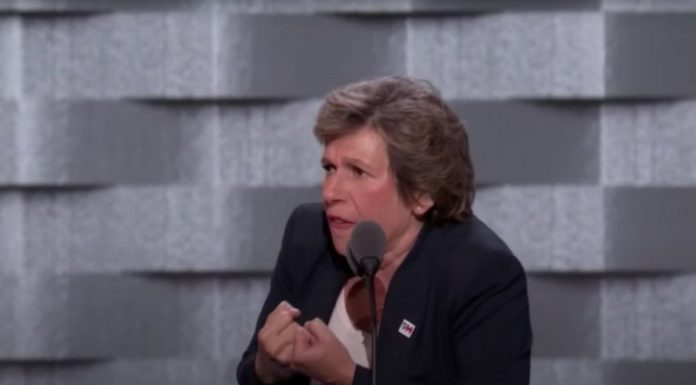 An all-out battle between teachers unions and parents has been raging for the past two years.

Now a woman who is one of the most hated faces of teachers unions just threw gasoline on the fire.

She did it by making an insane claim about parental rights.

Battles with teachers unions over everything from their efforts to push woke leftist ideals like Critical Race Theory (CRT) to their outright refusal to go to work more than a year after the pandemic started has been driving politics for the past year.

Now the president of one of the most powerful teachers unions has made a statement that will make almost any parent’s blood boil.

The AFT has been on DeSantis’ case constantly.

But Weingarten’s latest claim is likely to blow up in her face.

Even parents who have considered themselves “left of center” have been breaking up with the Democrats and joining Republican efforts to check the power of overbearing educators over the past year.

Early on, Democrats tried to dismiss the angry parents showing up at school board meetings as “right wing extremists.”

One group representing school boards even went as far as writing a letter to Joe Biden comparing justifiably angry parents to domestic terrorists.

But in November, parents proved it isn’t just a political fringe concerned about the wellbeing of all American children.

Parents and others are fired up and ready to go to battle with woke leftists who want to push their political agenda rather than provide children with a solid education.

In Virginia, control of all major statewide offices flipped from blue to red after Governor Glenn Youngkin’s campaign focused on the serious problems parents wanted addressed.

Unfortunately, the radical Left has weaponized our nation’s public education system, using it as a training ground to prepare the next generation of voters to bend to its will.

If a parental rights bill can spark a civil war in the United States, it’s only because leftists are willing to push their oppressive agenda at all costs.