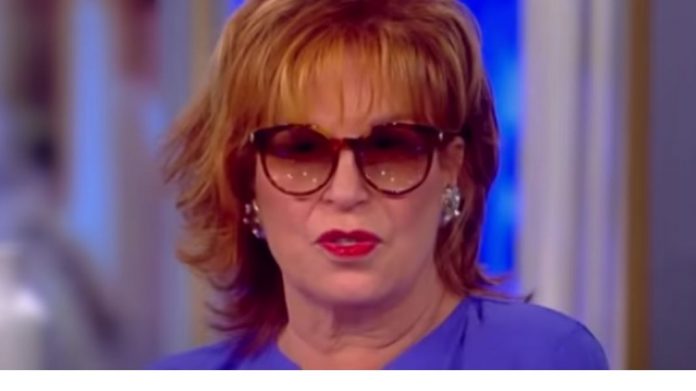 The View has devolved into a cauldron of anti-Trump hatred.

Even Meghan McCain, the lone conservative on the show, has her own personal issues with Trump.

But one host of The View crossed the line with this insane comment about President Trump.

ABC’s The View is viper’s nest of anti-conservative bias.

Meghan McCain serves as the sole conservative punching bag as the rest of the women take turns clawing out her eyes.

Abby Huntsman was briefly a fellow right-of-center voice on the panel show, but she quit after less than a year citing a “toxic” work environment.

Joy Behar might be the most obnoxious host on the show, and she showed why when she called the president of the United States a terrorist.

This is unhinged, even for The View.

It was so off the rails, fellow co-host Whoopi Goldberg had to go back to the comment after the panel had moved on in order to give Behar a chance to set the record straight.

Goldberg said, “Joy, I need you to clear up one thing. You were not calling the president a domestic terrorist. You were just saying that his take on this is a little crazier than you thought. Is that right?”

No, she quite clearly called him a domestic terrorist, but Goldberg gave her the opportunity to walk back the insanity.

The problem is Trump was factually right.

Antifa was recently designated a domestic terrorist organization, and their fingerprints are all over CHOP.

The chief of the Seattle Police Department was forced to abandon a precinct within the CHOP against her wishes.

The “protesters” immediately set up a perimeter with armed guards who frisk people on the way in.

Also, journalists have been forced out of the occupied territory.

Those are not “innocent” acts.

Did Behar cross the line when she called Trump a terrorist?