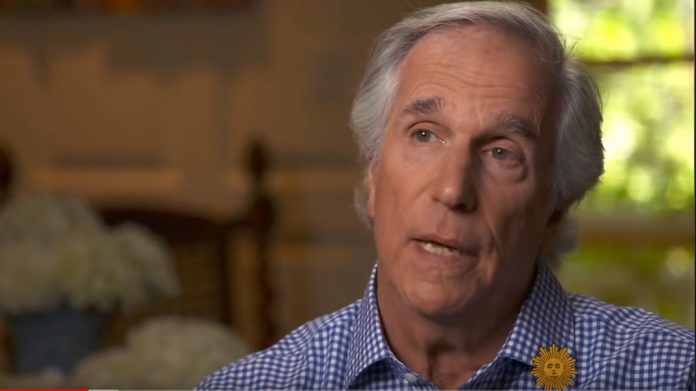 Celebrities went ultra-woke, which did nothing but divide the country.

And one Hollywood legend made a startling admission about the State of the Union.

Winkler took to Twitter and said that it would take a “cataclysmic event” to heal the divide in the country.

We are So divided as a country .. only a cataclysmic Event , that makes us depend on one another again , can bring us back together

The last thing anyone wants to see is a cataclysmic event that would cause major suffering.

Some pointed out that the country just went through COVID-19, and it did nothing to bring the country together.

The Pandemic pushed the world inside creating a world apart

In the very early days, MSNBC and CNN and a handful of Democrat Governors praised Donald Trump for coronavirus response.

Winkler, a Democrat, participated in a Happy Days cast fundraiser to support Joe Biden in Wisconsin – he said, “We’re thrilled a show made famous in Milwaukee is coming back home to help make Donald Trump a one-term President.”

But Winkler and other Democrats made the error in believing that electing Joe Biden would unite the country.

Unfortunately, the Left does not want the country united.

That’s why they attack unifying symbols like the American flag, the national anthem, and the Fourth of July.

As for Winkler’s assessment that a cataclysmic event would bring the country together, he is mistaken.

If there were a catastrophic foreign terror attack – Heaven forbid – it would take two seconds for leftists on Twitter to celebrate and say America got what it deserved.

Multiple generations of Americans have been indoctrinated in college to despise the country.

There is no quick fix for this problem.