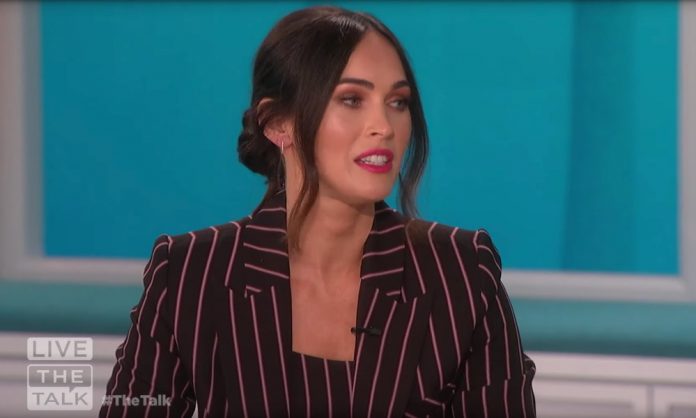 Hollywood celebrities are notorious for virtue-signaling.

The worst is when their children become part of a public performance.

And one Hollywood actress caught flak for the radical thing she did to her son.

Megan Fox from the Transformers series and many other projects recently came under fire because she allows her eight-year-old son to wear dresses.

According to Fox and her ex-husband, fellow actor Brian Austin Green from Beverly Hills, 90210, their son has been choosing to wear dresses since age four.

Fox broke down into tears talking about the subject during an interview.

And when it comes to her “babies,” all that matters is protecting them, especially her oldest, 8-year-old Noah, who has been subject to “mean, awful people and cruel people,” online. “I don’t want him to ever have to read that shit because he hears it from little kids at his own school who are like, ‘Boys don’t wear dresses,’” she says.

Mean comments online are regrettable and can be harmful, but they’re also the unfortunate reality of being a public figure.

And dressing a four-year-old in a dress is the parent’s choice, not the child’s choice.

Unsurprisingly, Fox sends her kids to a far-left school.

Fox said in 2019, “Sometimes, he’ll dress himself and he likes to wear dresses sometimes . . . And I send him to a really liberal, hippy school, but even there — here in California — he still has little boys going, ‘Boys don’t wear dresses,’ or ‘Boys don’t wear pink.’”

No, the child doesn’t dress himself, just like he doesn’t feed himself.

If kids were left to their own devices, they would eat ice cream and Happy Meals all day, every day.

Green told People in 2017 about his son:

“And it’s dresses or goggles or slippers or whatever. It’s his life, they’re not my clothes . . . I feel like at 4, at 5, that’s a time when he should be having fun . . . He’s not harming anyone wearing a dress. So if he wants to wear a dress, good on him.”

Four-year-olds don’t have the capacity to make significant life decisions.

That’s what parents are for.

It’s no coincidence that the wokest parents magically have the wokest kids.

But authors like Abigail Shrier, who’s written about the exponential uptick in transgender cases among teenage girls, are chronicling the plight of parents – many of whom are progressive – who are watching their kids being encouraged to transition to the opposite sex at younger and younger ages.