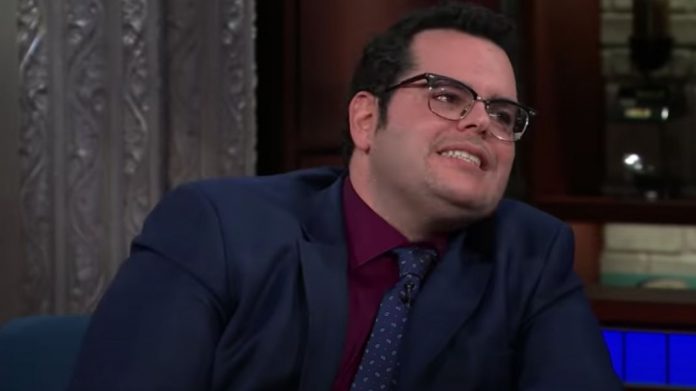 Hollywood no longer tries to hide its utter disdain for conservatives and Republicans.

Actor Josh Gad has had one of the worst cases of Trump Derangement Syndrome.

But now Gad is directing his ire toward Trump’s supporters, a move that backfired on Hillary Clinton in 2016 when she called American voters a “basket of deplorables.”

Gad retweeted a photo of a handful of white supremacist clowns carrying a Nazi flag and added the caption:

“Any of my fellow Jews who support Trump, just know that you are standing alongside these folks and this flag. You may tell yourself you support him for different reasons but at the end of the day, his message resonates with NAZIS. That should be enough to walk away.”

So much is wrong with this it’s hard to know where to begin.

First, the far-left account that originally tweeted the image suggested that white nationalist groups would soon be showing up to the polls to intimidate voters.

Nothing like that has happened in decades, and the photo in question was taken in Charlottesville in 2017.

Everybody on the Right disavowed the white supremacists at the Charlottesville rally from the get-go as soon as they heard neo-Nazis and Klansmen were planning to show up.

Trump condemned the groups in no uncertain terms, and when they tried to rally again in 2018, a pathetic group of maybe a dozen or so people showed.

There were ten times as many journalists as there were white supremacists.

Israel named a town after Donald Trump and he has Jewish grandchildren, so he’s the worst Nazi ever.

Gad also seems to be ignoring the rampant anti-Semitism that’s growing on the Left; according to the Anti-Defamation League and even The New York Times, attacks on Jews in New York are on the rise, and they’re not being perpetrated by the ideological Right.