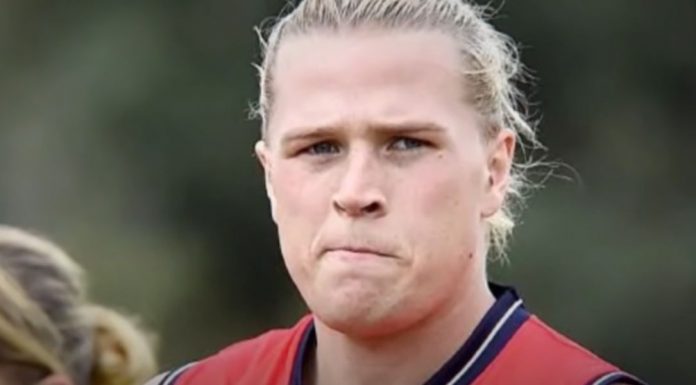 Leftists are grafting their insane ideology onto every aspect of life.

Even the world of sports has been turned upside-down by motivated political actors.

But one group just won a crucial battle in the radical Left’s war on sports.

Transgender hysteria has swept across the country.

Without any vote or any debate, the cultural mandarins decided that a man can become a woman simply by saying so, and the rest of society must change according to one person’s inner belief.

The problem has been particularly glaring in sports where biological males have competed in women’s athletics and won top accolades.

For example, a biological male identified as a woman and joined the track team at Franklin Pierce University in New Hampshire.

The individual went on to claim a national title at the 2019 Division II NCAA Track and Field Championship in the women’s 400-meter hurdles.

That caused the group Concerned Women for America (CWA) to file a complaint against the school for a Title IX violation.

And the Department of Education under Betsy DeVos just announced that their Office of Civil Rights settled the complaint after the university agreed to rescind its policy of allowing biological males to compete in women’s events.

This is a big step for the movement to protect women’s sports from radical politicization.

The so-called “party of science” is actively ignoring the biological realities between men and women.

California, as well as jurisdictions in Canada and the UK, are allowing convicted male criminals who identify as women to serve their sentences in women’s prisons.

That is complete madness.

Transgender activists have also sued to allow biological men to stay at battered women’s shelters, which would understandably be traumatic for many of the women there.

While the CWA scored a victory, other states are suing to allow males to compete in women’s athletics.

This saga illustrates why the Left is so panicked about the Supreme Court.

They rely on the court to make law where they couldn’t otherwise do it legislatively.

A liberal-leaning Supreme Court could potentially destroy women’s athletics with one bad ruling.

And that would only be the beginning.

Even radical feminists believe the transgender movement is a bridge too far.

JK Rowling, who once was seen as a progressive icon, has become an untouchable for her views on radical transgenderism.

The transgender movement represents the Left’s greatest assault on reality, so the excesses of the movement should be opposed at every juncture.