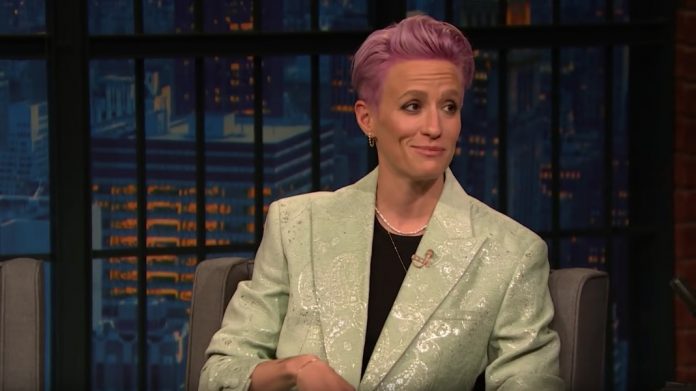 The wokeness is being injected into all cultural institutions.

The fashion industry has particularly been under assault.

And one fashion company just destroyed its brand with an insane move.

Victoria’s Secret made the bizarre move of ditching its classically beautiful “angels” for women based on their progressive bona fides.

Among the women tapped for the branding was “woke” soccer star Megan Rapinoe, who’s jumped on every leftist cause of the past four years.

“They will be spearheading what may be the most extreme and unabashed attempt at a brand turnaround in recent memory: an effort to redefine the version of ‘sexy’ that Victoria’s Secret represents (and sells) to the masses. For decades, Victoria’s Secret’s scantily clad supermodels with Jessica Rabbit curves epitomized a certain widely accepted stereotype of femininity. Now, with that kind of imagery out of step with the broader culture and Victoria’s Secret facing increased competition and internal turmoil, the company wants to become, its chief executive said, a leading global ‘advocate’ for female empowerment.”

Supermodels are not “out of step” with the broader culture.

Feminists hate the idea of beauty standards, so they’ve actively tried to destroy them for years.

The “body positivity” movement has deceived women into thinking that being obese is both healthy and appealing to most men.

And “female empowerment” is lefist argot for progressive activism.

For example, pro-life advocate Lila Rose would never be considered an exemplar of female empowerment.

Victoria’s Secret is the latest company to destroy its brand in the pursuit of political posturing.

Gillette alienated its male consumer base by running multiple “woke” ads, one in which common male behavior was characterized as toxic.

Some of the examples of toxic masculinity were approaching an attractive woman and allowing little kids to roughhouse when playing in the backyard.

Victoria’s Secret could be falling into the “get woke, go broke” trap, but leftist ideologues don’t care about such things.

Their goal is to imprint their view on the world.

Feminists are still pushing the gender wage gap myth, so no amount of data will move them from their positions.