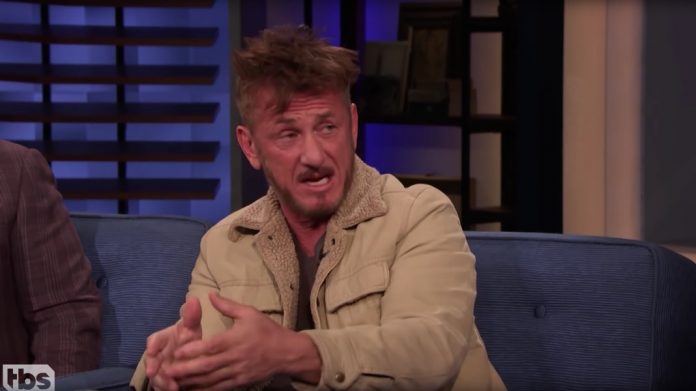 Leftists are getting more comfortable showing their true authoritarian colors.

Hollywood celebrities in particular have been cavalier about taking away people’s rights.

And one far-left actor wants the government to do this nightmarish thing to Americans.

Sean Penn has a reputation for being cozy with authoritarian leftist regimes.

He was close friends with deceased Venezuelan President Hugo Chavez.

Through vile socialist policies, Chavez transformed Venezuela from the richest country in South America to the poorest.

Once the Venezuelan regime went sideways, Penn and other Hollywood luminaries pretended like they never knew Chavez.

With Venezuela no longer a cool kids hangout spot, Penn seems eager to bring despotism to the United States.

In an interview with CNN, Penn advocated for mandatory vaccination:

Actor and activist Sean Penn says he believes Covid-19 vaccinations should be mandatory.

“You can't go around pointing a gun in somebody's face, which is what it is when people are unvaccinated,” he tells @smerconish. https://t.co/oKYltfCANn pic.twitter.com/4tfNWdobnh

Not only is this immoral, it doesn’t even make sense.

The unvaccinated are not analogous to a loaded gun.

Dr. Anthony Fauci himself said that vaccinated individuals spread the virus at the same rate as the unvaccinated.

So far, people who have taken the vaccine are less likely to require hospitalization from COVID, but that doesn’t justify the Left’s thirst for mandatory vaccination.

If vaccinated people can spread the virus all the same, then it’s the choice of the unvaccinated to assume risk in public spaces.

The Left’s logic around COVID doesn’t make any sense.

Democrats and their friends in the press are pushing this relentlessly.

The binary is the only way they can justify these extreme measures.

If they can frame anyone who disagrees as an “other,” then enough people will begrudgingly get on board with their plans.