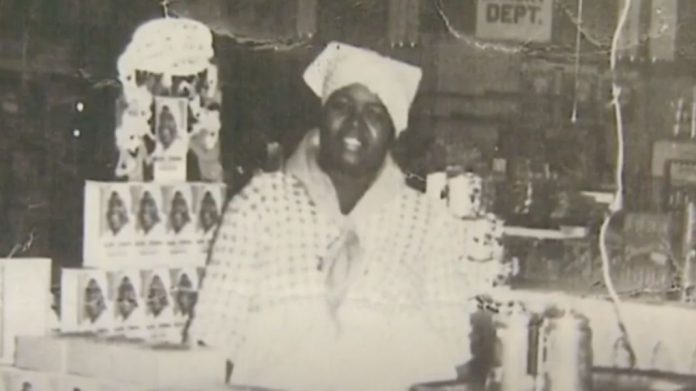 The left-wing assault on the past continues apace.History is literally vanishing before our eyes.

And one family is furious over leftists erasing this popular historic brand.

The revolutionary leftists who have been unleashed are devouring everything in their path without any nuance or consideration.

They claim to be fighting racism, but now they’re vandalizing statues of Abraham Lincoln and Ulysses S. Grant, the two men most responsible for defeating the Confederacy and abolishing slavery.

The left-wing mob has gotten television shows pulled off the air, and even food products yanked.

The Aunt Jemima syrup and pancake mix brand has been canceled because of its less than progressive origins.

Quaker Oats discontinued the brand and now Uncle Ben’s rice and Cream of Wheat are under assault.

However, the family of one of the portrayers of Aunt Jemima is not happy.

Lillian Richard from Hawkins, Texas portrayed Aunt Jemima for 23 years, and her cousin Vera Harris is disappointed to see her contribution lost to history.

Harris said, “A lot of people want it removed. We want the world to know that our cousin Lillian was one of the Aunt Jemimas and she made an honest living. We would ask that you reconsider just wiping all that away. There wasn’t a lot of jobs, especially for black women back in that time. She was discovered by Quaker Oats to be their brand person.”

They claim to have empathy, but have zero regard for anyone else’s opinions or experiences that deviate from theirs.

Harris continued, “She made an honest living out of it for a number of years. She toured around Texas . . . She was considered a hero in Hawkins, and we are proud of that. We do not want that history erased.”

Harris is not a fan of the Cultural Revolution that’s indulging the madness of the crowd.

She added, “I wish we would take a breath and not just get rid of everything. because good or bad, it is our history. Removing that wipes away a part of me. A part of each of us. We are proud of our cousin.”

It’s sad to hear the contributions of Harris’s cousin Lillian Richard, who passed away in 1956, sullied and discarded because some “woke” twenty-somethings decided on their own that her experience isn’t worth preserving.

The leftist mob has shown that there’s no end in sight to their cancel culture.

They will push as hard as people will allow.

It’s time for businesses and individuals to tell the mob “no.”

Will people begin pushing back against the angry cancel mob?