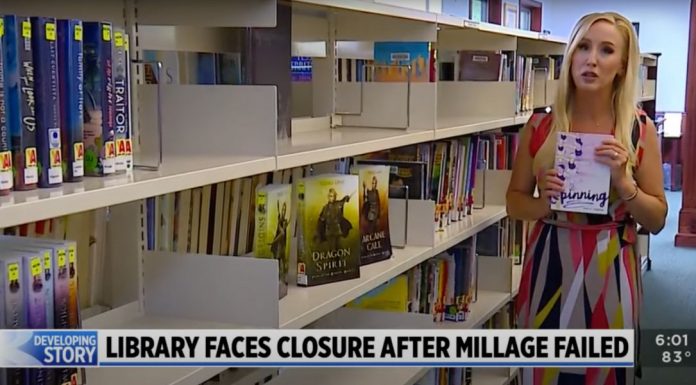 One of the most jarring tricks pulled by the woke mob has been turning staid libraries into ground zero in their culture war.

But one community just found a way to fight back and send an epic message.

Now librarians across the nation are looking over their shoulders.

Voters in a Michigan town put their foot down in one incredible show of solidarity recently with more than 60% of voters in Jamestown Township opting to shut off funds to their local library.

Most of the library’s $245,000 annual budget has been coming from a property tax millage which was up for its 10-year renewal recently.

The librarians not only expected taxpayers to renew their support, but they were also hoping for a sweet tax increase.

Instead, local voters came down hard on a staff that’s been stubbornly stocking LGBT-themed books with inappropriate illustrations.

“We’re all for the library. I use it,” Jamestown resident Sarah Johnson told Bridge Michigan after voting to defund the library. “We want to make a statement that we want some say in the books.”

The controversy blew up earlier this year after a parent noticed the library’s collection includes Maia Kobabe’s Gender Queer: A Memoir.

The book is a nasty comic book style publication apparently geared to help push the gender confusion agenda on children.

Parents in the small town which only had 9,630 people living there in 2020, understandably lost it when they found out about the dirty material their city’s library was harboring.

Rather than honor the wishes of concerned parents and others, the library staff doubled down insisting that they keep the book behind the front desk rather than pull it out of circulation entirely.

It didn’t take long for voters to remind them who is really in charge.

The library has until August 16 to straighten up and attempt to get its funding back on the ballot.

Meanwhile, LGBT activists all over the nation have been contributing to a Go Fund Me campaign to keep the library open.