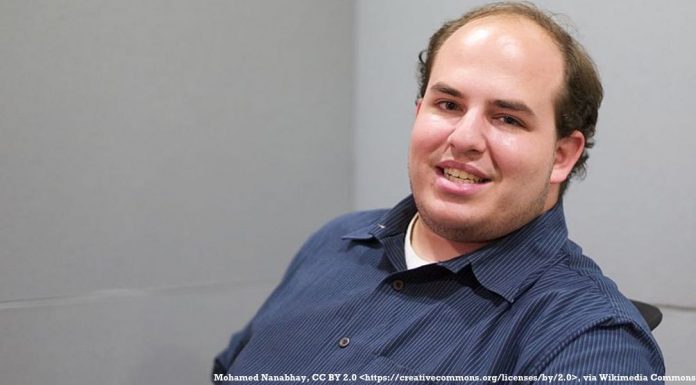 Do as I say, not as I do seems to be the mantra from the Left these days.

They continue to spew hate at anyone they consider too conservative, but heaven forbid someone should say anything the slightest bit mean about them.  Well then, you’re a racist!

Most recently, an anchor on CNN has taken to comparing conservatives he identifies as “right-wing extremists” to this shocking group.

Brian Stelter, a well-known CNN news anchor, compared the “radicalization” of some Americans by right-wing media to ISIS terrorists and mass shooters.

On his ironically-named show Reliable Sources, Stelter talked about Trump supporters who believe what he calls the “right-wing media machine” promoting conspiracy theories about election fraud.

Stelter said, “This is a process, radicalization, that often comes up in coverage of terrorism. That’s usually the context you hear that word.”

He went on to say that radicalization is the best word for what we are seeing happening in American right now.

Newsmax, Fox News, and One America News Network were some of the outlets that Stelter called “radical,” and he added, “if those channels aren’t enough,” people being “radicalized” go on Facebook.

The CNN anchor then launched into how shooters behind the devastating El Paso and Las Vegas shootings became radicalized often because of the Internet.

So, now according to the Left, if you watch something that they consider conservative or if you are on Facebook, you are being “radicalized” just like an ISIS terrorist would be.

The Left continues to push their radical ideas and wants nothing more than to paint conservatives as “violent” and “bigoted,” all while they sit in their glass houses and throw stones.

Representative Jim Jordan fired back at Stelter on Twitter, saying, “First, they called us ‘deplorables.’ Now, they’re comparing us to ISIS.  This is what today’s Left really thinks about us.”

There’s little doubt that left-leaning bias is rampant throughout much of the political media, so to hear someone like Stelter complain that the Right is being radicalized through media outlets and the Internet is laughable.

Liberal intolerance is at an all-time high, and they will do all they can to attempt to shape the minds of anyone who doesn’t see it their way.

It’s time Americans realized just what the media thinks of them – and it’s not good.