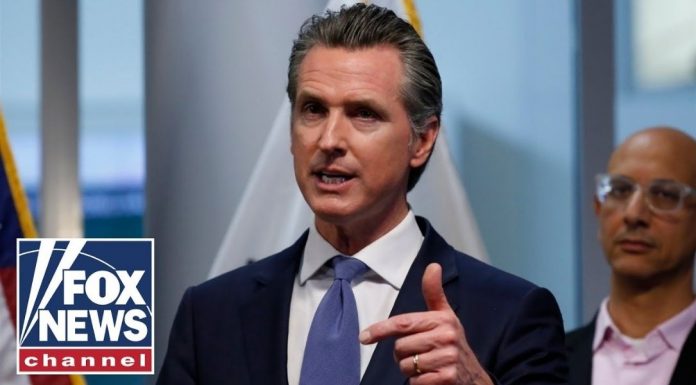 There may be no group more attacked in America than Christians.

The Left does everything to attack them simply for their beliefs.

And one city’s latest anti-Christian attack will make your heart ache.

In left-wing cities across the country, churches have been a huge target of coronavirus restrictions.

Left-wing city officials insist that churches are not essential, while fighting to ensure that things like marijuana dispensaries and liquor stores are essential.

And one more thing to add to that list of businesses that are being prioritized over churches is strip clubs.

This decision follows a lawsuit filed by two adult clubs filed in October, which alleges that the country’s public health orders violate their business’ constitutional rights of due process and equal protection under the law, according to the Los Angeles Times.

But while this lawsuit is being given priority, many churches have been fighting legal battles with authorities for months to reopen in-person services.

Paula Jonna of the conservative legal group Thomas More Society said that churches are entitled to constitutional protections if strip clubs are being protected.

“If you’re going to accept that argument that dancing nude is protected speech that’s so significant that it overcomes the government’s interest in regulating its citizens with COVID-19 orders, then obviously the divine worship of God, which is expressly mentioned in the First Amendment, should be held to a higher standard,” Jonna told the Washington Free Beacon.

Jonna went on to call the country’s “absurd” decision a clear double standard, saying, “A judge who understands the Constitution will recognize the absurdity of the current state of the law. I think it’s a good sign that judges are starting to question whether the government has a legitimate interest in regulating any business or industry at this point.”

Despite orders to close churches, some pastors are refusing to comply.

Pastor Mike McClure of Calvary Chapel in San Jose has faced fines of at least $350,000 for holding indoor services since May 31 in violation of the state’s restrictions on churches.

All the while, California Gov. Gavin Newsom isn’t even following the orders he implemented.

Newsom was caught in a picture, maskless, at a party, which he simply says was a “bad mistake.”