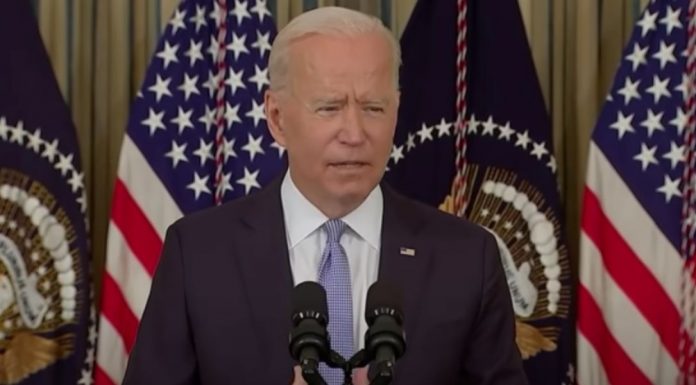 The powers behind the throne are furious.

They thought they could keep the public duped a little longer.

Many of us knew in January what we were getting as President of the United States.

But the larger public is starting to notice the lack of brain function in the President, explaining in part why his poll numbers are now among the lowest for a Democrat president in American history.

So it makes sense why the phrase “Let’s go, Brandon”, meaning “F%$# Joe Biden” took the nation by storm.

Well Biden finally faced the famous slogan this past week as a Dad finished his conversation on Christmas Eve with Biden by saying “Let’s go, Brandon”.

And Biden replied like the idiot he is, “Let’s go, Brandon, I agree”.

We all know that Biden has the intellectual ability of a gnat in his old age.

No one could have guessed Biden was so bad off that a Dad could end a conversation with Joe Biden by saying “Let’s go, Brandon” live on air and Biden cluelessly agreed.

Jill Biden’s reaction revealed she knows Joe has the intellectual ability of a gnat in his old age.

It’s sad the power structure and the prestige of the Oval Office and the American presidency had to be blown up on Christmas Eve like this. But the Bidens and Democrat voters needed to come face to face with the cold, hard reality.

Biden used to be a quick thinker with the ability to smooth talk voters like most politicians.

But that was back in his prime during his Jim Crow law days.

But five decades after that 1972 interview, we have this Biden instead.

Our future’s looking bright in America.

If only the Left would accept reality.