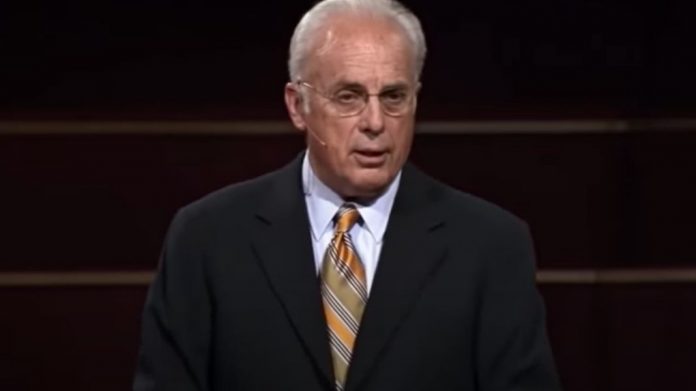 The war on Christianity has sadly become more intense.

Leftists are determined to put religion under their boot just like all other institutions.

But one California church just won an important battle for Christians.

The coronavirus has exposed many local officials as petty tyrants.

Democrats want to keep the country locked down in order to damage Donald Trump and ram through long-term policy goals.

For example, a teachers union in Los Angeles asked for the abolition of private and charter schools as a condition of their return to the classroom in the fall.

Getting rid of private schools has absolutely nothing to do with a global pandemic, but the Democrats milk each crisis for all it’s worth.

Also in Los Angeles, officials have tried to shut down church services under the guise of “public safety.”

However, no such edict has been enforced against rioters and protesters who have run rampant in the streets.

But Pastor John MacArthur fought for his right to have sermons with people in attendance, and he won for the time being.

Jennas Ellis (who also works on the Trump campaign team) and Charlie LiMandri of the Thomas More society represented the pastor and got a court to side with him.

The lawyers said, “It is time for California to recognize that disfavored religious minorities are not second-class citizens . . . It is time for California to explain how it can justify banning worship to prevent the spread of a disease (with an overall mortality rate of 0.02%) while it is fine for protesters to spread that disease like wildfire.”

That is the million dollar question for which leftists have no good answer.

They’ve tried to simultaneously argue that pro-freedom protests are terrible and dangerous, but protests in the name of antiracism have been lauded.

Some politicians even joined in with the protesters.

MacArthur’s victory is a much needed win in the battle for the hearts, minds, and souls of America.

If church services are “nonessential” during a pandemic when fear and anxiety are high, then the government can argue church is never really “essential.”

Many churches have been captured by the Left’s social justice warrior hysteria, but MacArthur’s church hasn’t.

Hopefully the Left’s constant attacks on religion might encourage another “great awakening” for those looking to get serious about their faith.