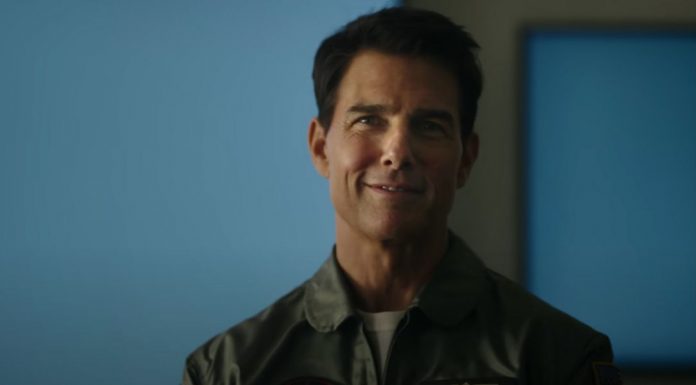 Over the past two years leftists have done their level best to destroy American culture.

Now, ahead of the critical November midterms, Americans are voting with their wallets.

And a new box office hit could spell disaster for Democrats.

Americans are sick of having woke nonsense baked into every aspect of their lives.

A new box office hit proves how desperate average Americans are to embrace old fashioned patriotic entertainment instead of the nonsense Hollywood has been feeding us in recent years.

The only thing that’s come close to that is the $153 million Pirates of the Caribbean: At World’s End clear back in 2007.

Conservative commentator Brigitte Gabriel was quick to point out why this blockbuster is raking in the cash.

“Top Gun is a massive success because it’s not filled with woke liberal propaganda,” she wrote in a tweet.

“This is by far the biggest warning of all for mealy-mouth politicians and feckless weasels of all stripes, everywhere, RINOs, Democrats and socialists, that in November it’s American pride that will be returning,” Gruber said during an episode of Real America’s Voice. “And it will be Americans reawakening and taking back our country, and it is American pride that has driven the very rare A+ rating for the brand-new Top Gun film.”

The leftists in Hollywood may be a step ahead of Democrats in Washington, D.C. when it comes to reading the dominant mood of Americans.

When the movie debuted, it became apparent they’ve pivoted away from their previous pro-China stance after a massive outcry.

When a trailer for the long-awaited movie came out in 2019 the Japanese and Taiwanese patches were missing off the back of Tom Cruise’s jacket.

It was a move calculated to cozy up with China.

But apparently, producers realized kissing up to China was going to prove far too costly in the end if they alienated their core American audience.

“It might just be a middle finger to China,” Vice wrote in a Tweet sharing a picture of Tom Cruise’s jacket featuring the original Japanese and Taiwanese flags instead of the watered-down commie version that got plenty of hate.

Its proof conservatives can still have plenty of influence over Hollywood as long as they keep raising Cain on social media and a tight grip on their wallets.