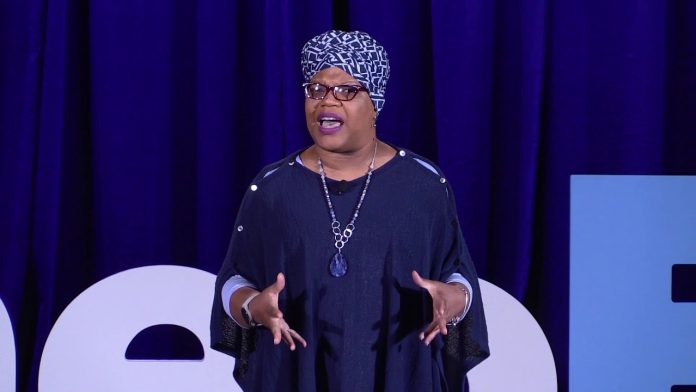 The radical Left has infiltrated all parts of American life.

Not even religion is safe.

And one best-selling devotional book contains a prayer that will leave you speechless.

Political divides among Christians is nothing new, but “woke” Christianity is a phenomenon that is spiraling out of control and perverting the religion.

The late Rush Limbaugh said that “liberals are liberals first,” meaning that wokeness supersedes scripture for many left-wing Christians.

A New York Times best-selling devotional called A Rhythm of Prayer: A Collection of Meditations for Renewal contained a prayer from a Mercer University associate professor named Chanequa Walker-Barnes.

In her prayer titled “Prayer of a Weary Black Woman,” Walker-Barnes wrote:

Her entreaty for hatred goes on for several pages.

On Saturday, one of the members of my church sent me these images of a “devotional” she found in Target. This kind of thinking is a direct result of CRT and is completely anti-biblical. I shared the first page on Saturday but let me now share the whole thing for context: pic.twitter.com/oiRxHQXY53

Praying for hate is antithetical to Christian values, but Walker-Barnes is a leftist before a Christian; she’s a self-described “womanist theologian . . . whose work focuses upon healing the legacies of racial and gender oppression.”

“My prayer is that you would help me hate the other White people – you know, the nice ones. The Fox News-loving, Trump-supporting voters who ‘don’t see color’ . . . The people who welcome Black people in their churches and small groups but brand us heretics if we suggest that Christianity is concerned with the poor and the oppressed.”

This is the basis for the “Jesus was a socialist” nonsense spouted by the Left.

Concern for the poor and dispossessed is nowhere near the same thing as giving ultimate authority to centralized government in order to create an “equitable” society.

Perhaps the most troubling aspect of this ordeal is that Walker-Barners is a professor at a major university, and she’s not unique.

This is the type of bile being taught to students and reinforced in “woke” churches that veer away from the gospel.

Florida Governor Ron DeSantisis followed Trump’s lead and banned it in his state.

Other red states need to get on board before it’s too late.