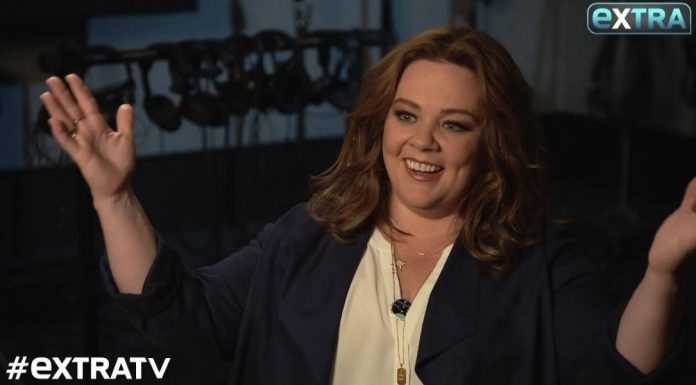 The Democrats have gone off the deep end ever since Donald Trump defeated Hillary Clinton.

And one arrogant Hollywood actress just said something infuriating about America.

Her estimated worth is north of $90 million, but that hasn’t stopped her for exhibiting a contemptible level of ingratitude.

During an interview with In Style magazine in Australia, where she’s currently filming two separate projects, McCarthy made sure to smear America as racist and hateful.

McCarthy said, “I truly didn’t think people hated each other that much or hated the idea of people who they don’t even know . . . I always wonder, ‘Do racists know anyone of a different color?’ People who are homophobic: ‘Do you know anyone gay or bi or trans? Do you know these people, or is it the great unknown?’”

McCarthy is repeating the same tired tropes fed to her by the corporate press.

Present day America might be the most tolerant society that ever existed.

McCarthy and other Democrat shills constantly smear Donald Trump and his supporters as bigots, but Trump garnered 11 million more voters than he did in 2016 and did so by broadening his coalition, including with minorities.

Trump received the largest Republican share of the nonwhite vote since 1960 and also got increased support from the LGBT community.

The most hateful and retrograde ideas are coming from the Left such as segregating college dorms and graduation ceremonies, and telling Americans to judge people based on the color of their skin.

McCarthy added, “I think the next ten years of our lives have to be spent figuring out why people are so angry and also checking on mental illness.”

The easy answer is corporate-controlled press and Big Tech, both controlled by the Left.

Both entities have profited off rage bait journalism and the demonization of Republicans, conservatives, libertarians, and heterodox liberals.

She said, “There’s up to an 80 percent chance for this disease to decrease if you just wear this little 3-by-5-inch piece of fabric until we figure it out. Somehow that’s become an infringement on someone’s rights.”

First, America is one of the most mask-compliant countries in the world, and it hasn’t abated the spread of the virus.

Many health experts have explained that wearing masks does negligible good (and can be deleterious in some ways).

But the main pushback that McCarthy is ignoring is against the draconian lockdowns that have crushed businesses and triggered a mental health crisis.

McCarthy is part of the problem, and she’s too arrogant to realize it.