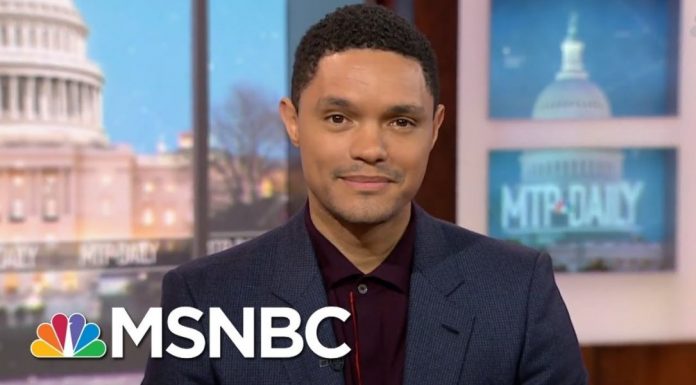 But one anti-Trump late night host made a shocking statement about this Governor.

The Democrat Media Complex spent nearly a year hyping up Andrew Cuomo as “America’s Governor” for his supposed deft handling of COVID-19.

But the plaudits did not match reality as New York had the second worst death rate in the country (only behind New Jersey) and one of the worst death rates in the world.

Nevertheless, Cuomo was fêted with an Emmy and a book deal on how he “defeated” COVID.

However, now the truth is finally starting to come out about how his administration covered up the number of deaths as a result of his grave decision to put COVID-positive patients back in nursing homes.

Cuomo’s mistake was so blatant that even the corporate-controlled press is turning on him.

Late night host Trevor Noah lambasted Cuomo and did so without pivoting back to hackneyed Trump-bashing that’s so prevalent elsewhere.

Noah said, “Wow, really, Governor Cuomo? You lowered your own numbers to make yourself look better? Woof! And the explanation that they’re going with is they thought the Trump administration would use the high nursing home deaths against them, which, yeah! Usually if you’re not doing a good job, it gets used against you. That’s the whole point of data!”

Democrats got lazy over the last five years because they were often able to get away with blaming boogeyman Donald Trump for all the world’s ills.

With Trump gone and banished from social media, there’s no credible whipping post for the Democrats.

Noah continued, “Look man, I don’t care what anybody says. For me, you cannot justify doing the wrong thing because you say, oh, Trump might have or might not have or would have – no . . . You did the wrong thing.”

This is one of the few times that Noah actually dunked on a Democrat for making a huge blunder.

He did something similar when he called out Elizabeth Warren for pretending to be Native American and quipped that Trump was being “woke” by calling her out.

Cuomo has to own his failure – especially when Florida governor Ron DeSantis handled COVID much better with an older population – and he could be probed by an FBI investigation.

So much for “America’s Governor.”