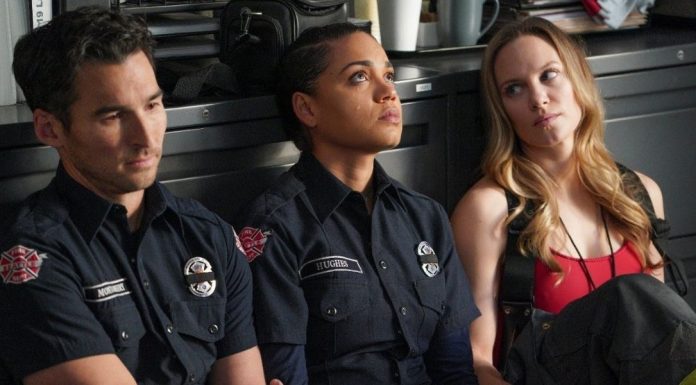 The industry has leaned to the Left for decades, but the bias has gotten unbearable.

Now one ABC show made everyone change the channel with this ridiculous rant.

So much of American culture has been debased by “woke” politics.

A recent example is the ABC firefighter drama Station 19, a spinoff of the never ending series Grey’s Anatomy.

The series perpetuated the leftist critique that America is systemically racist, and nothing has fundamentally changed in the country over the last 150 years.

“I’m exhausted by navigating in a world that sees me and my kids as a threat . . . It’s this constant nagging worry . . . that never goes away . . . And it steals all of my mental and emotional energy that I should be giving to my wife and my kids and my health…Being Black in America is a life-threatening condition.”

This is a disgusting message to promote on primetime television.

The show is propagating the myth that black people live under constant threat from the police.

Out of the 7,000-plus black homicide victims, only approximately 25 were killed by the police, and about a dozen were unarmed.

The media and shows like Station 19 are pushing the lie that white police officers are the greatest threat to black people.

In a separate rant, a black therapist on the show said:

Over half of murder victims in the country are black, and most crime is intraracial.

Leftists always move the goalposts in whichever way necessary to promulgate the message that America is a terrible country.

They exploit black suffering to further their sick and twisted political agenda, and they’re brainwashing people with this tripe while calling it entertainment.

If the Left only dealt in facts, their entire worldview would crumble, so they dress the lies up with lights, cameras, and appealing actors.