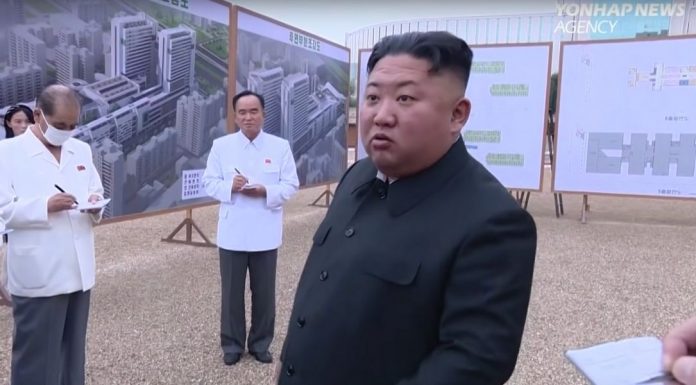 North Korea shocked the world last week when they launched a ballistic missile that has the capabilities to hit anywhere in the mainland United States.

But even with a new sophisticated weapon, the communist regime is still a joke.

North Korea’s ballistic missile launch propaganda video is the funniest thing you will see all week.

Remember the good old days of the Trump administration when the international community actually respected the United States?

Even North Korea didn’t know what to do with Trump as he kept the North Koreans on their toes.

Trump to photographers: Are you taking good pictures so we look 'nice and handsome and thin?'

Funny how after that Kim Jong-un got skinny for the rest of the Trump administration.

And now, he’s getting chunky again now that Joe Biden’s at the wheel of America’s negotiations with foreign leaders.

It’s like how Putin didn’t invade Ukraine until Biden took office because, well, Trump owned him.

But those days are long gone now as our nation is run by a dementia patient.

And now the North Koreans see an opportunity to advance their military capabilities.

Something North Korea has always wanted is a missile that has the capability to reach the United States.

Well last week they launched a missile that experts are saying can now hit anywhere on the mainland United States.

The Hwasong-17 is a two-stage, liquid fuelled road-mobile Intercontinental Ballistic Missile with a range of 13,000 kilometres.
Pictures via DPRK State Media.#NorthKorea pic.twitter.com/qAvy4cqLRm

BREAKING: North Korea's state-run television shows edited footage of Kim Jong Un guiding the test-launch of what the country referred to as the Hwasong-17 ICBM.

KCTV: Kim Jong Un and his officials cheering after the ICBM launch, edited as a slow-motion. pic.twitter.com/XQkyH0Q7S8

That has to be one of the best things you will see in a while.

But just think, the Biden administration is currently losing to a regime who made that elementary school video.

Of course, North Korea launching a real ICBM capable of hitting America would be a disaster.

The good news is, the South Koreans at least think it was faked.

But real or fake, Kim Jong-un probably wouldn’t have pulled such a stunt if Trump were still in the White House.