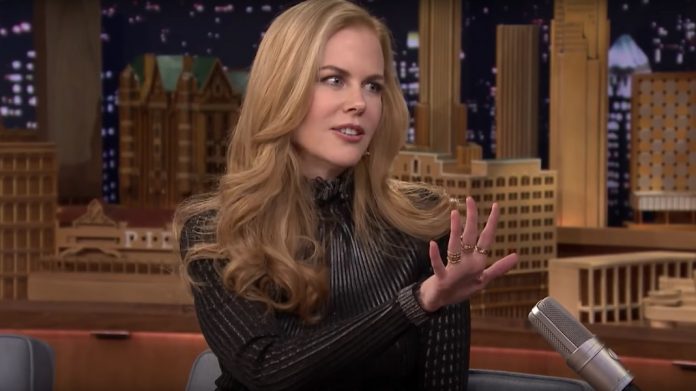 Hollywood has made it clear they are outright hostile toward Christianity.

But it may be worse than you think.

Nicole Kidman just revealed how fellow celebrities treat her for being a Christian and it’s not good.

There are very few Christians in Hollywood who are open about their faith for fear of it damaging their careers.

But Nicole Kidman broke the silence on how Christians are treated by their fellow celebrities.

Kidman told Vanity Fair that she and her children are ridiculed for attending church.

Actress Nicole Kidman said she is often teased by friends for her Christian faith and for going to church with her family, in a new cover story with Vanity Fair.

“A lot of my friends tease me,” said Kidman, who came back to her Catholic faith prior to marrying country singer Keith Urban in 2006. The couple settled in Nashville, Tennessee, where they have lived ever since.

Kidman said that regular Mass attendance is an important part of their family life.

“That’s how we are raising our children. Keith has his own beliefs but he comes, too,” the Big Little Lies star said. “I had a very Catholic grandmother, and I was raised praying, so that had massive impact.”

“I wouldn’t say it’s absolutism, there’s constant questioning — I’m a willful, feisty girl. For me it’s very important that I don’t have judgment. My dad would always say, ‘Tolerance is the most important thing,’” Kidman said.

Kidman also stated there was “constant questioning” from her colleagues.

It’s no surprise that radical leftists are trying to steer Kidman and her family away from the church.

But declaring you are a Christian or even worse, a conservative, is forbidden.

Nicole Kidman should be applauded for standing up for her beliefs.