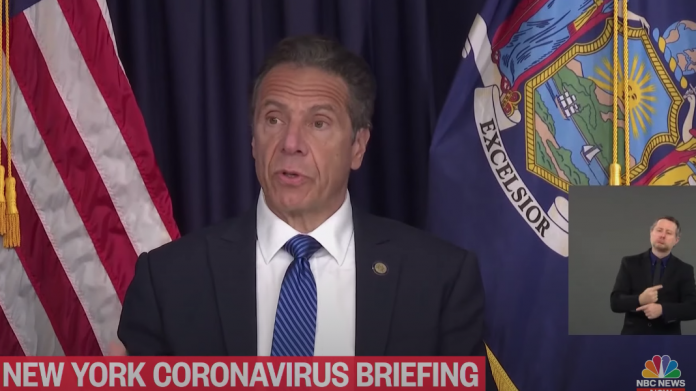 Churches are among the hardest hit by coronavirus lockdowns.

Left-wing governors are even targeting them more harshly than other places.

And New York’s Governor just sent a church one demand that could close their doors forever.

New York Governor Andrew Cuomo has become on the top faces in the coronavirus pandemic.

The Left is touting his response as one for the rest of the nation to emulate.

This is despite the fact he is responsible for killing thousands of senior citizens by forcing nursing homes to take in coronavirus patients.

While these vulnerable citizens were dying, Cuomo was spending his time targeting churches, demanding they keep their doors closed.

“A small number of religious communities, specific churches and specific synagogues are unfortunately not paying attention to this guidance even though it’s so widespread,” de Blasio said in March.

“I want to say to all those who are preparing for the potential of religious services this weekend: If you go to your synagogue, if you go to your church and attempt to hold services after having been told so often not to, our enforcement agents will have no choice but to shut down those services,” he added.

But his order isn’t just hitting those in the city.

Central Bible Church in Massena, New York is being specifically targeted over their drive-in services.

These services feature Pastor Samson Ryman standing in their gravel parking lot while cars park and watch from a very safe distance.

They are at a much safer distance than in other car-related situations that comply, which include drive-thru food, liquor, and marijuana sales.

While those are perfectly fine to continue, Central Bible Church was hit with a $1,000 fine over their May 3 service which featured 23 worshipers in 18 vehicles.

With a smaller than normal congregation, these fines are adding up, and could eventually force them to close their doors if they choose to continue in defiance of the orders.

The church is being supported by the Rutherford Institute, who wrote a letter to Police Chief Adam J. Love.

“You are mistaken in your assertion that church ‘drive-in’ worship services are prohibited under New York’s current emergency orders and could result in fines,” wrote The Rutherford Institute.

“Although federal and state governments have adopted specific restrictive measures in an effort to decelerate the spread of the COVID-19 virus, the current public health situation has not resulted in the suspension of fundamental constitutional rights such as religious freedom, freedom of speech and the right of assembly,” the letter said.

Do you think churches should be considered “essential?”