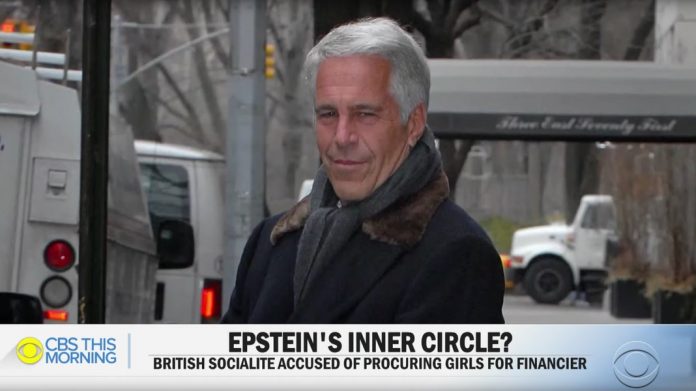 But their most recent documentary is taking things way too far.

Netflix is releasing a Jeffrey Epstein documentary and is attempting to hide something dark about his past that the Left doesn’t want you to know about.

Any debate over whether or not Netflix has a left-wing bias is over.

The streaming service now has strong ties to the Obama family and many of his allies.

In fact, the Obamas have a multi-million dollar contract with Netflix and have published a documentary on Michelle Obama.

On May 27, the streaming service will release “Jeffrey Epstein: Filthy Rich” a documentary based on Epstein’s criminal activities and rape of underage women.

The trailer features Donald Trump in a short clip in what is a blatant attempt to try pairing the two figures together to undermine the President.

The trailer seems to miss including both Hillary and Bill Clinton with whom he had deep ties and a friendship with.

Not only was he a major donor to the Clinton family, he also invited Bill Clinton to fly with him on his private jet over 20 times.

These two men were great friends and both have records of tremendous sexual misconduct and criminal activity.

So far, Netflix has chosen to omit this information and deceive viewers into believing Donald Trump was Epstein’s great friend.

The media is desperately trying to put their own spin on the events that occurred with Epstein’s relationships, his disgusting criminal activity, and even the details around his death.

Epstein’s death is a widely disputed event and many people believe he was murdered before he could face a public trial.

Netflix omitting Epstein’s relationship with the Clinton family is a gross distortion of the truth.

Any credibility the makers of the documentary had will vanish instantly if the Clintons are not included in the full documentary.

Is Netflix trying to cover up Jeffrey Epstein’s relationship with the Clintons?