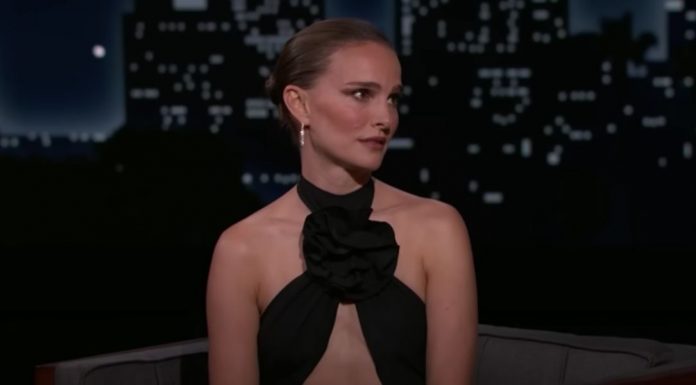 Hollywood and the Democrat Party go hand in hand.

Countless celebrities like actress Natalie Portman use their platforms to promote leftist ideas.

But the actress just got a rude awakening after blaming this shift on “white privilege.”

Hollywood celebrities are experts at isolating themselves from the ramifications of their own ideology.

They favor illegal immigration and decry building a wall on the southern border, but live in gated communities.

The greatest gun sellers on earth

Hollywood also promotes gun control laws while being protected by armed guards – all while their own movies have served as some of the world’s biggest gun sales vehicles of all time.

In a similar vein, leftists promote defunding the police while paying for private security.

But actress Natalie Portman just got a taste of what the “Defund The Police” movement ultimately leads to when criminals attempted to extort a film crew for her latest project while shooting on location.

The Daily Wire reported that “an Apple TV+ series filming in Baltimore stopped production Friday after several people threatened the producers and tried to extort money from them, Baltimore police said. A spokesperson for the Baltimore Police Department said the crew was filming around 4 PM in the downtown area when the producers were approached by several people. The group claimed if they didn’t stop filming they would come back and shoot someone, police said. However, they said no violence would occur if they were paid an unspecified amount. Producers decided to halt filming and seek a new location. Local news outlet The Baltimore Banner reported that drug dealers attempted to extort $50,000 from the production, which producers declined to pay.”

The production has been filming in Baltimore for several months, but Portman was not present at the time of the attempted extortion.

Flip-flopped on Defund the Police because of “white privilege”

Previously, Portman wrote that it was her “white privilege” that initially made her averse to the idea of defunding the police.

In a lengthy Instagram post, Portman wrote, “My whole life, police have made me feel safe. But that’s exactly the center of my white privilege: the police make me as a white woman feel safe, while my black friends, family and neighbors feel the opposite: police make them feel terror. And for good reason…Defunding the police means reducing police budgets (& power) on local and state level and investing that money directly into poor communities of color through public services…We have so much work to do if we truly want this to be a land of liberty and justice for all.”

While Portman is calling for the police to be defunded, the criminals that extorted her film crew are terrorizing the neighborhood.

Perhaps a few more social workers can solve the problem.