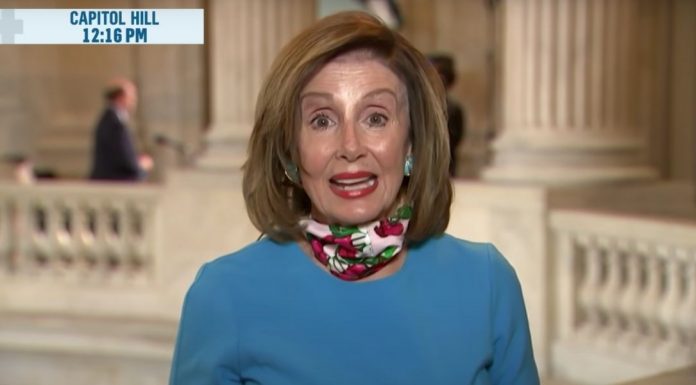 Nancy Pelosi is already sweating bullets over the looming midterms that could lead to her losing her title as Speaker of House.

Now she has just got hit with news that turned her into a nervous wreck.

Because Nancy Pelosi just got caught off guard by a big voter backlash that hit too close to home.

Angry parents are making their voices heard, literally from coast-to-coast.

Virginia is one thing, but Nancy Pelosi couldn’t believe voters in her own District sent the same message to tyrannical politicians and woke school administrators.

Thank you for standing up for our kids when our elected leaders completely failed them.

You read that correctly, it happened in San Francisco, the home-base for socialism and the destruction of the nuclear family.

Even more shocking for Democrats, the results weren’t even close.

It was not even close. pic.twitter.com/CR8xwxeBW9

The recall effort has been going on for more than a year, spearheaded by two local single-parents.

One of their chief concerns was while neighboring districts finally reopened from the COVID pandemic closings, the San Francisco School District remained closed for learning.

Reporter Ryan Mills had been following the recall efforts all along and says despite mounting concerns from parents, the District plowed forward with a far-left agenda.

“Instead of focusing its efforts on developing a reopening plan, the board has been preoccupied with woke culture war issues,” Mills wrote.

“Expending energy on changing the admissions process at the highly-selective Lowell High School to boost the number of black and Hispanic students and reduce the number of white and Asian students; rechristening 44 schools named after prominent Americans, including presidents Abraham Lincoln and George Washington; and a proposal to spend close to $1 million to paint over a historic, 80-year-old mural at a local school that depicts the life of Washington, but also includes outdated stereotypes.”

Unfortunately for the parents of San Francisco, the recall only means the city’s Social Justice Snowflake mayor gets to fill the now-vacant seats.

However, Mayor London Breed did release a statement immediately following the surprising results that was cause for some optimism.

“The voters of this city have delivered a clear message that the school board must focus on the essentials of delivering a well-run school system above all else,” Mayor Breed wrote in a pre-prepared statement. “San Francisco is a city that believes in the value of big ideas, but those ideas must be built on the foundation of a government that does the essentials well.”

Does Breed get it, or is it platitudes meant to deflect concerns?

Meanwhile, if radical leftists can suffer landslide losses in a city as bright blue as San Francisco, no Democrat is safe in the 2022 midterm elections.

This recall campaign, combined with Gov. Glenn Youngkin’s Virginia victory, drew a compelling and now-proven blueprint for Conservatives to emulate in the lead up to the November midterms.