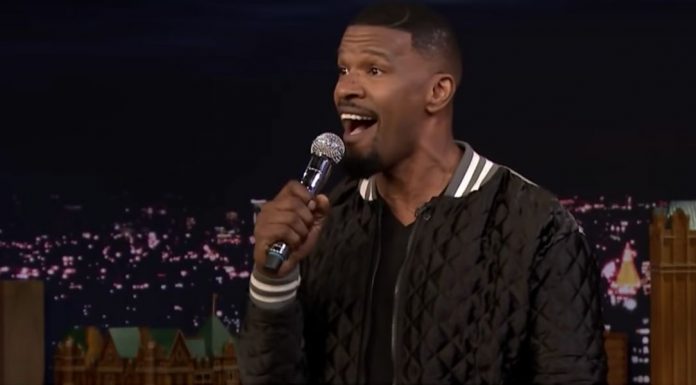 But not everybody is entirely in favor of the “woke” agenda.

Now Nancy Pelosi is furious after what this Academy Award-winning actor said about Trump and his supporters.

The Left have been attempting to cast all Donald Trump supporters as evil bigots.

Despite all of their “empathy,” they did not and do not understand the people who voted for Trump.

During an interview, Foxx explained that he hung out with Trump supporters in Florida, and had a good time.

Foxx said, “We’re literally drinking out of the same bottle… Army, Air Force, Navy, Marine guys… were all there. We’re having a great, good time. We ended up spending the whole day together. This is how America should be… Good, old-fashioned kicking back and having a good time.”

They do not want people coming together unless it’s under a far-left banner.

Even still, they want to divide people because division, discord, and resentment are the things that fuel the Left.

Over the past six years, fellow Hollywood actors have made statements starkly opposite to Foxx.

For example, in 2016, actor Michael Shannon said, “No offense to the seniors out there. My mom’s a senior citizen. But if you’re voting for Trump, it’s time for the urn.”

When the interviewer said he was struggling to connect with his own parents who voted for Trump, Shannon said, “F*ck ‘em. You’re an orphan now.”

That is the hatred and lack of empathy that has come to define the modern Left.

They refuse to grapple with the fact that people supported Trump because he was talking about economic issues that affected their lives.

And Trump served as a patriotic alternative to the far-left, anti-American strain that took over the Democratic Party.

In 2020, Trump got the biggest Republican share of the nonwhite vote since 1960 because it turns out that Americans of all colors want jobs and secure borders.

Foxx’s excursion in Florida with Trump supporters illustrates a vision for America that leftists cannot stand.

They have nothing without divisive identity politics.

Meanwhile, more and more people are moving to the Right as they see just how insane the Left have become.