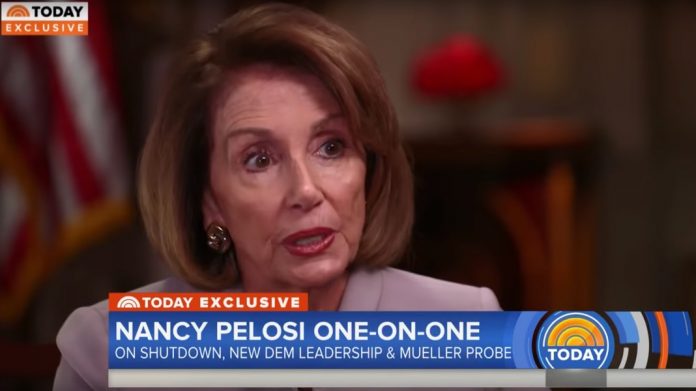 No one has a bigger target on their backs from the radical Left than Christians.

They constantly try to run Chick-fil-A out of business for promoting Christian values and smear Vice President Mike Pence for standing up for Biblical view of marriage.

But now a resolution passed blaming Christians for the unthinkable that caused Nancy Pelosi to stand up and cheer.

The Resolution (ACR 99), specifically lays blame at the feet of Christians for the high rate of suicide attempts by LGBT people.

WHEREAS, The stigma associated with being LGBTQ often created by groups in society, including therapists and religious groups, has caused disproportionately high rates of suicide, attempted suicide, depression, rejection, and isolation amongst LGBTQ and questioning individuals. . .

Studies show roughly 40% of transgenders have attempted suicide in their lifetime, higher than almost any other population group.

That transgender attempted suicide rate is higher than both Jews who lived through the Holocaust and black Americans subjected to the horrors of slavery.

The true reason behind this resolution is to paint Christians as cruel and unloving under the guise of protecting LGBT people from “conversion therapy.”

This has been a common line of attack from LGBT activists against Vice President Mike Pence.

Radical Leftists think it’s easier to demonize Christians than to get down to the root of the problem.

As we previously reported, mainstream companies like Target are supporting the brainwashing of children at a young age.

They’re trying to force “acceptance” of deviant lifestyles, but this only leads to gender confusion because it goes against what they inherently know is true – there are only two genders.

And as evidenced by the high rate of attempted suicide, it can lead to dire consequences for young people.

Do you agree with the Leftwing California Legislature that Christians are to blame for the high suicide rate of LGBT people?