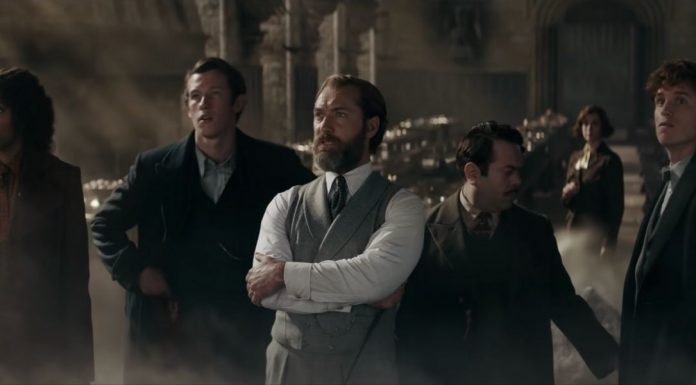 Hollywood loves to scold Americans for their moral failings.

But all of that goes out the window when China is involved.

And Nancy Pelosi and Mitch McConnell understand why Hollywood just bent the knee to Communist China in the most embarrassing way possible.

Democrats, particularly those in Hollywood, just spent the last month howling at Florida Governor Ron DeSantis for signing the Parental Rights in Education bill, which bars public schools from engaging in secret discussions about sexual orientation and gender identity in grades K-3.

The Left has screeched that the bill was “anti-gay” and “anti-trans,” which was an intentional false framing of the legislation.

But the same righteously indignant Hollywood had no qualms about appeasing the censorious Chinese Communist Party.

When the CCP requested that Warner Bros. remove a line from the prequel Harry Potter film Fantastic Beasts: The Secrets of Dumbledore that alluded to a homosexual relationship, the studio rolled over so China could scratch its belly.

NBC News reported that “dialogue that was edited out alluded to the romantic past between male characters Dumbledore (Jude Law) and Grindelwald (Mads Mikkelsen). ‘Harry Potter’ author J.K. Rowling revealed Dumbledore was gay in 2009, but the movies had never explicitly referenced the character’s sexuality until this third ‘Fantastic Beasts’ entry. Warner Bros. accepted China’s request to remove six seconds from the movie. The dialogue lines ‘because I was in love with you’ and ‘the summer Gellert and I fell in love’ were cut… The rest of the film remained intact, including an understanding that Dumbledore and Grindelwald share an intimate bond.”

Warner Bros. said in a statement:

“As a studio, we’re committed to safeguarding the integrity of every film we release, and that extends to circumstances that necessitate making nuanced cuts in order to respond sensitively to a variety of in-market factors… Our hope is to release our features worldwide as released by their creators but historically we have faced small edits made in local markets.”

This isn’t just a Hollywood and Silicon Valley problem.

Washington, D.C. refuses to show much backbone when it comes to Communist China.

Both leftists are enamored with the authoritarian “potential” of the CCP model, but both party’s establishments have financially intermingled with China.

Many wonder if GOP leadership’s failure to advance a unified strategy on Hunter and Joe Biden’s China ties have anything to do with Mitch McConnell not wanting to expose himself — McConnell’s Chinese-American shipping heiress wife Elaine Chao was former labor sec. under Bush and transportation sec. under Trump.

The result is an elite class that will placate China while condemning American citizens.

For example, China warned Nancy Pelosi not to take a planned trip to Taiwan — the CCP does not recognize the independence of Taiwan — then lo and behold Pelosi suddenly came down with COVID despite being septuple-vaxxed and could not travel to Taiwan.

The cowardice of American elites is on full display, and it’s infuriating that they have the gall to turn around and wag their fingers at the rest of the country.