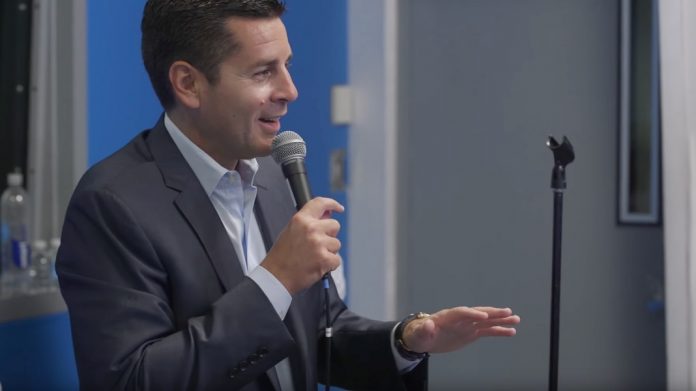 The Democrats and their corporate-controlled media allies have become radical on the issue of abortion.

Pro-life Democrats are no longer welcome in the Party.

And MSNBC said something about pro-life Christians that will make your blood run cold.

As the Taliban is recapturing Afghanistan, leftists are delivering “hot takes” by comparing Republicans to the terror group.

MSNBC contributor Dean Obeidallah is the latest to make the despicable comparison.

Obeidallah used the issue of abortion to draw some bizarre equivalence.

“I have to wonder where these [Republican] voices were when extremists, based on a narrow reading of their religion’s beliefs, enacted a law that forces a woman who was raped to carry the fetus of the rapist to term? That same law makes it a crime for anyone to assist that woman in trying to abort the rapist’s fetus . . . Look, nobody is saying the GOP and the Taliban are equally bad. But in just the past few months, we’ve seen Republicans champion measures to deprive women of freedom over their own bodies, as well as oppose laws to protect women from violence and ensure that women are paid the same wages as men. And they’ve done so, at least in part, to impose their religious beliefs on all others.”

This is absurd on so many levels.

Obeidallah has set up a strawman that any opposition to Democrat policy goals is an assault on women.

For example, the gender wage gap has been debunked ad infinitum at this point, but leftists refuse to let the lie go.

The law to “protect women from violence” was the superfluous Violence Against Women Act, which created a special category of murder against women.

And even according to left-wing abortion research institutions, pregnancies from rape are exceedingly rare and one horrific crime doesn’t justify killing an innocent baby.

“If the GOP wants to show that it is sincerely concerned with the rights of the women in Afghanistan, it can start by first championing the human rights of women in the U.S. But instead, it is doing all it can to prevent gender equality while oppressing women based on its members’ extreme religious beliefs. Sound familiar?”

This is what passes for analysis at MSNBC.

We’re not comparing the GOP to the Taliban . . . but they’re kinda like the Taliban.

Marjorie Dannenfelser of the pro-life Susan B. Anthony List pointed out that the United States is one of only seven countries that permits abortion on demand up to the point of birth – China and North Korea do, too.

According to Obeidallah’s logic, the Democrats are analogous to North Korean dictator Kim Jong Un.