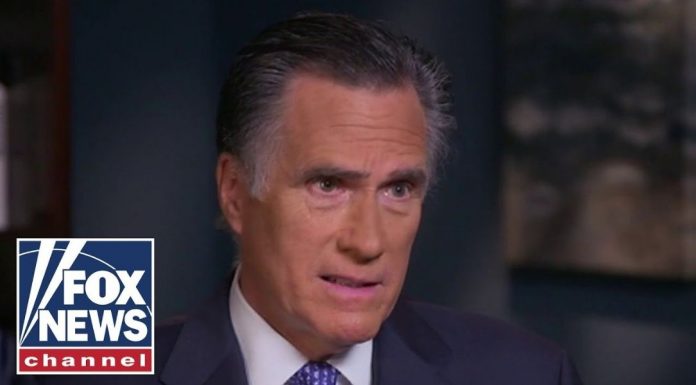 The political establishment has taken every chance they have had to bash President Trump.

Now President Trump and his team are looking for all the help they can get from anyone within the Republican Party.

But Mitt Romney just stabbed President Trump in the back one last time and his supporters are livid.

One thing has been cristal clear over the past four years in Washington, D.C.

Trump and the political establishment hate each other.

President Trump has labeled Washington, D.C. “The Swamp” because of the ruthlessness and shadiness of the establishment.

And the establishment has done everything they can to undermine his presidency.

Just think of all the leaks out of the Deep State or politicians within his own party turning on President Trump.

But now, as the Fake News Media calls the election for Vice President Joe Biden, Trump and his team are looking for help wherever they can find it within the Republican Party.

Many, like Senators Ted Cruz and Tom Cotton, are backing President Trump through this fight.

But one notable Republican and establishment member isn’t.

Senator Mitt Romney viciously attacked President Trump and his efforts to have a fair election while on with CNN’s Jake Tapper.

Jake Tapper asked, “Does it concern you at all that President Trump and his team are out there saying that he won and lying about the integrity of the election with wild allegations?”

Romney responded, “You’re not going to change the nature of President Trump in these last days, apparently, of his presidency. He is who he is and he has a relatively relaxed relationship with the truth so he is going to keep on fighting until the very end.”

But Romney’s attacks against President Trump got worse when he claimed, “It’s destructive to the cause of democracy to suggest widespread fraud or corruption. There is just no evidence of that at this stage. And I think it’s important for us to recognize that the world is watching.”

You can watch the full exchange below: