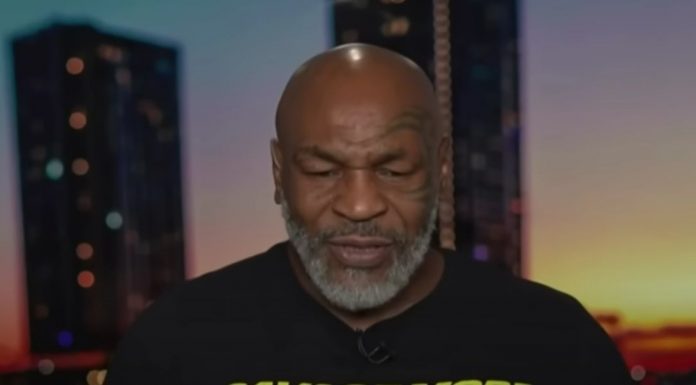 The backlash against cancel culture is on the horizon.

But people are still censoring themselves for fear of retribution.

Mike Tyson went on with Greta Van Susteren and revealed the one thing they hoped he’d never discuss.

Former heavyweight champion Mike Tyson has never been scared to speak his mind.

However, the current climate has made him reticent to talk about political issues.

The country is more split than it has been in decades, and Joe Biden and the Democrats are making the fissures worse.

Nobody wants to talk publicly about politics.

“They stole my freedom of speech”

Tyson added, “My family gets mad, my friends get mad when we talk politics…When I was younger, I was all-out liberal. But as I get older and I look at my children and I see what’s out there in the world, I get a little conservative…It’s common sense, looking at the world we have now. You want safety.”

Tyson is speaking to a phenomenon experienced by millions, especially over the last two years with the rise of violent crime across the country.

Tyson, now a Florida resident, was asked his thoughts about Donald Trump and Ron DeSantis, and he responded, “I can’t talk names…[T]he last time I tried to talk politics [publicly], wow, did [the media] give me a beating…I [now] stay away from politics and religion. They stole my freedom of speech.”

Sowell has written dozens of books over the last few decades that completely decimate most of the arguments made by the Left.

Instead of contending with Sowell’s ideas, most leftists simply choose to ignore him and pretend he doesn’t exist.

Sowell was first alerted to the errors of Big Government when he actually worked in the government and figured out that minimum wage laws increase unemployment.

Sowell’s most recent book Charter Schools and their Enemies took aim at the teachers’ unions that do their best to undermine, downplay, or discount the success of charter schools that are closing the achievement gap, something that leftists claim to care about.

In the current moment of mass censorship, there’s nothing more dangerous than people with big platforms speaking out against the establishment.

Eventually the dam will break, and Tyson and others will be able to freely speak their minds.