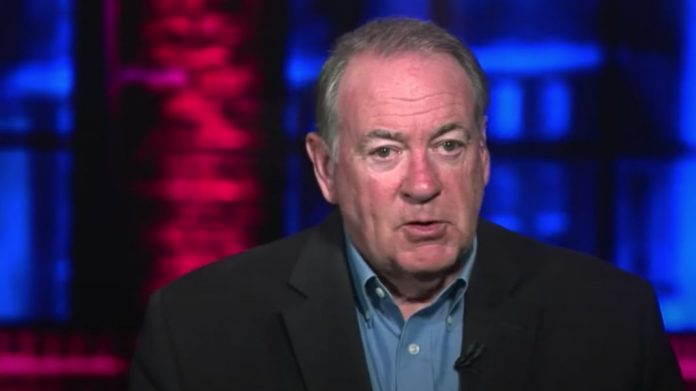 The Black Lives Matter movement has taken a break from looting small businesses and turned their attention to tearing down statues and attempting to erase American history.

But activist Shaun King crossed a line when he labeled Jesus, “a symbol of white supremacy” and called for his image to be torn down across the country.

Now, Mike Huckabee is slamming Shaun King for his outrageous demands and what he said will inspire Christians everywhere.

King’s claim that Jesus Christ is a symbol of racism is simply an outright lie and naturally upset millions of Christians.

It does not take an expert to read the Bible and find that Christ loved everyone and even died for them.

However, the truth is not a part of Shaun King’s agenda.

Fortunately, former Arkansas governor Mike Huckabee decided to call him out and made national headlines by doing so.

Huckabee chose his words wisely. After dispelling any idea that Jesus is a symbol of racism, he chose to offer Christians hope.

“You can take down the images and the art of depicting Jesus,” Huckabee said, “but you can never take the true spirit of Jesus Christ out of the lives of his followers. And historically, under oppression and persecution, the true faith begins to show even more dramatically. It’s because in the midst of darkness, light becomes more obvious.”

What Shaun King does not realize is that many Christians are sympathetic to the cause of criminal justice reform.

However, by implying all Christians are racists because Jesus Christ is a symbol of white supremacy he will lose a tremendous amount of support in the court of public opinion.

The Black Lives Matter movement is losing any chance of securing policy changes by looting, rioting, demanding the police be defunded, and calling Jesus a white supremacist.

Shaun King has yet to apologize for his statement and doing such a disservice for the movement he claims to be a part of.

Should Shaun King apologize for calling Jesus a symbol of white supremacy?